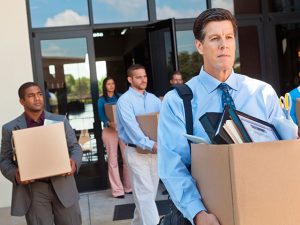 Industry-leading reverse mortgage lender American Advisors Group aka AAG instituted a round of layoffs this week. This is the second round of mass layoffs since June.

Unfortunately, AAG representatives for the company declined to comment.

Current and former employees described the action as a “mass layoff.”

The layoffs have also struck several different levels of the organization this week. AAG laid off employees from the company’s brand strategy and loan processing divisions.

American Advisors Group refused to release any information about the layoffs. It remains unclear how many jobs were shed. Reverse Mortgage Daily reports the company has around 1,500 employees. Unnamed sources say that hundreds of employees were impacted by the layoffs in June.

AAG is the top reverse mortgage lender in the nation. The company had 18,390 endorsements over the 12-month period ending in July 2022, according to data compiled by RMI.

An anonymous source says a company executive described this layoff round as a major event. The executive also said it is impacting all levels of the organization. AAG’s previous layoff round in June affecting all departments according to employees.

AAG is the latest in a vast list of forward and reverse mortgage lenders trimming their workforces. Rising mortgage rates and dropping origination volume have led to thousands of industry job losses over the last eight months.

Other reverse mortgage lenders have also been affected by multiple layoff rounds.

Public companies active in the reverse mortgage industry including Ocwen Financial and Finance of America Companies have also reported losses in the second quarte of 2022.

Check out more stories about AAG on MFI-Miami.