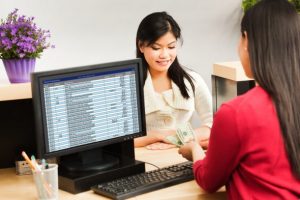 The CFPB is alleging that US Bank pressured US Bank employees to open fake accounts in their customers’ names. The agency is also alleging the practice has been going on for over a decade.

The bank expected employees to meet unrealistic sales goals. The claims are deeply similar to the scandal that plagued Wells Fargo 6 years ago.

The CFPB alleged that US Bank accessed consumers credit reports to open checking and savings accounts. In addition, the bank also accessed credit cards and lines of credit without their permission. Management encouraged employees to do so. Management expected employees to meet the bank’s impossible goals of selling multiple products to customers.

The CFPB did not disclose the scale of US Banks’s fake accounts scandal. However, the CFPB fined $37.5 million in fines and penalties. They will also have to refund customers any fees they paid for the opened accounts.

A spokesman for US Bank, the fifth-largest bank in the country, did not immediately return a request for comment.

The federal government busted Wells Fargo for doing the same thing back in 2016 and 2017. The scandal rocked the financial world. The government found that Wells Fargo management encouraged employees to open millions of fake accounts. The scandal ruined Wells Fargo’s reputation. The scandal led to billions of dollars worth of fines against the bank. It also led to the resignation of the bank’s CEO and eventually its board of directors.

Wells Fargo bank account scandal also cost Wells Fargo $480 million on top of fines and penalties. The federal government forced Wells Fargo toto pay $480 million to a group of shareholders. The shareholders accused the bank of making “certain misstatements and omissions” in the company’s disclosures about its sales practices.

Read More Stories Fraud Being Committed By US Bank And Other Banks At MFI-Miami.