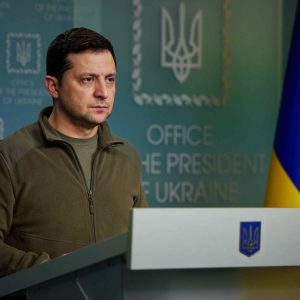 Ukraine is pursuing war-crimes charges against several western banks. Ukrainian President Volodymyr Zelenskyy’s office alleges they have been indirectly funding the Russian state and the Russian invasion of Ukraine.

Ustenko wrote to JPMorgan Chase CEO Jamie Dimon and the bosses of Citigroup and HSBC several weeks ago. He asked them to cut ties with companies that trade Russian oil.

Ustenko also asked them to sell shares in Russian oil and gas firms such as Gazprom and Rosneft.

We have different options. The first option is definitely ICC. 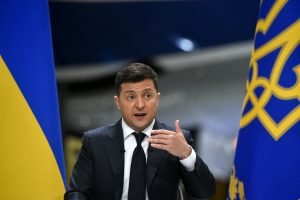 Ustenko said Ukraine is gathering further information about the banks’ activities. Then that information would be passed to the International Criminal Court.

The ICC has the power to prosecute people but not entities.

The Financial Times reports that Ustenko accused the banks of “prolonging” the war in Ukraine in his letters to the banks.

Ustenko said in his letter to Dimon that HSBC’s asset-management arm also has stakes in Gazprom and Rosneft. In addition, Citigroup extends credit to Vitol and the Russian energy giant Lukoil.

However, Citi told the Financial Times it had cut down its business in Russia. JPMorgan told the publication it had did it’s part implement sanctions against Russia.