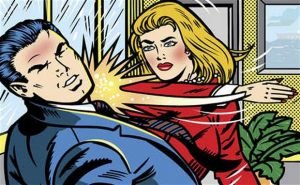 The Feds bitchslap Bank of America with a $225 million fine by Federal regulators. The government accused the bank of shortcomings in how they handled jobless benefits during the COVID-19 pandemic.

The OCC and CFPB accused Bank of America of improperly freezing prepaid cards for thousands of people who sought jobless benefits.

Bank of America contracted with a dozen states to administer prepaid jobless benefit debt cards. The bank had an automatic fraud filter for card holder accounts. As a result, system errors led to thousands of cardholders having their accounts improperly frozen.

Regulators also accused Bank of America of making it difficult for people to unfreeze their cards. As a result, this required people to spend hours on hold trying to solve the problem.

Taxpayers relied on banks to distribute needed funds to families and small businesses to rescue the economy from collapse when the pandemic hit. Bank of America failed to live up to its legal obligations.

Bank of America has shot back at the allegations. The bank says states were responsible for reviewing and approving applications. State were in charge of directing the company to issue payments.

Bank of America also said these transactions continued despite the government being aware that the unemployment expansion during the pandemic created “unprecedented criminal activity.

In addition to the fines, BofA now also faces consent orders from the OCC and CFPB. The agencies are also directing the bank to overhaul its policies and address shortcomings. Regulators have directed Bank of America to establish a remediation plan to harmed consumers.

Also, Check Out More Bank of America Horror Stories Like These on MFI-Miami or Check Out The Stories Below:

Bank Of America Warning! Can BofA Validate Your Debt?