The lawsuit which you can read below alleges Romspen (then known as TIG Romspen) loaned alleged Miami fraudster and Weiss-Ortiz’s mother, Caroline Weiss $21.3 million.

The suit states that Carol Weiss acquired the loan by using three parcels of commercial land in Miami as collateral.

However, there is a serious issue.

Adeena Weiss-Ortiz is accusing her mother of trying to swindle these lots from her and her sister.

The allegations against Caroline Weiss and the resulting litigation have been going on since 2014.

Did Romspen Throw $21.3 Million Out The Window? 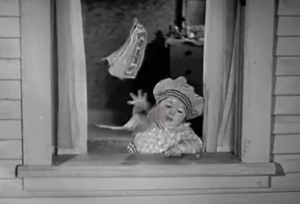 Yet, 6 years of litigation didn’t deter Romspen from lending Caroline Weiss the $21.3 million in 2020.

It also didn’t stop Eyzenberg & Co. President David Eyzenberg and his managing director, Robert Ginsberg from shouting from every rooftop in Miami that they secured the $21.3 million loan from Romspen for the alleged real estate fraudster.

It also defies Romspen’s mission statement on their website.

It also appears no one at Romspen did any basic underwriting on Carol Weiss or the property involved.

So, this opens up a plethora of questions. Why would Romspen loan Caroline Weiss $21 million in the middle of tumultuous litigation.

It also begs to question as to why Romspen would want expose themselves to all this risk and liability. Any sane commercial lender would run for the hills upon learning of the civil fraud lawsuit. Yet, lenders like Romspen lined up to throw money at Caroline Weiss.

What happens if the court determines Caroline Weiss did commit deed fraud and she had no rights to the property? Who is the Canadian lender going to collect the money from?

Their lien on the property is voidable if Adeena Weiss prevails in court. If that happens, they won’t be able to pursue Adeena Weiss for the debt. Sure, they could pursue Caroline Weiss. However, it’s unlikely Caroline Weiss has $21 million stuffed in a mattress. It’s also unlikely she has it stuffed in duffel bags hidden in the rafters of her Coconut Grove home.

Also, Check Out Our Previous Article About Caroline Weiss: