Tampa Lawyer And Paralegal Convinced Foreclosure Victims To Sign Over Their Homes. They Then Filed Bogus BK Docs To Illegally Rent Out The Homes 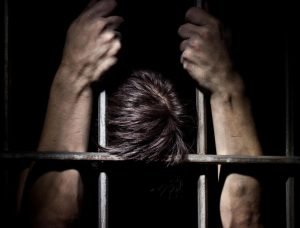 It’s official. A Tampa lawyer and paralegal are going to prison. The paralegal will spend 15 months in federal prison for conspiring to commit bankruptcy fraud. Authorities busted him trying to deceive mortgage companies and homeowners with properties in foreclosure.

Eric Liebman will serve three years of probation when released and must repay $167,478.96. He was sentenced Jan. 27 by U.S. District Judge James Moody.

Liebman pleaded guilty Sept. 24, 2019. He faced five years in prison and a $250,000 fine. The court reduced his sentence was after he cooperated with the government. He provided information on his co-conspirator, attorney James Lee Clark.

Liebman also admitted diverting client funds for his personal use.

Court papers say Liebman was working for Clark’s firm when the scheme began.

Liebman and Clark would approach their foreclosure clients claiming they would negotiate with creditors on their behalf. In exchange, the pair wanted the clients to transfer ownership of the homes to Florida Recovery Property Solutions. Florida Recovery was a company controlled by Liebman.

After the homes transferred, the men would convince homeowners to either sign leases or put the house up for sale.

The men would also tell the homeowners they would negotiate with the mortgage holders to save the home.

The men would also file bogus bankruptcy petitions in the name of homeowners to delay the foreclosure. This would also delay an eventual sale of the property. This allowed Clark and Liebman to keep collecting rent on the property.

Read More About Real Estate And Mortgage Fraud At MFI-Miami.