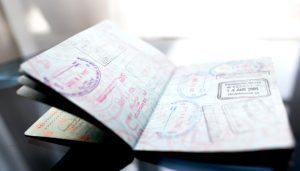 Business Insider reports sales of Golden Passports to American nationals worth between $50 million and $20 billion have skyrocketed by 337% since 2019.

Portugal, Malta, New Zealand and Austria are just a few countries offer citizenship in return for investment. Other countries don’t even require you to live there. They only require you visit of just a few days there each year.

Former Google CEO Eric Schmidt was one of the rich elites seeking a ‘golden passport.’

He applied for European citizenship in 2020 through Cyprus’s now defunct program.

Issues plaguing America have caused billionaires to share a single concern, a fear about the future of American society. 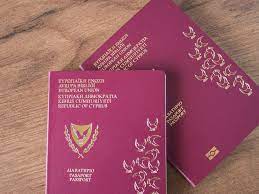 Among the most popular countries billionaires are seeking citizenship for is Portugal. Portugal offers a five-year residency permit. This allows for visa-free travel to 26 countries in the European Union.

Portugal’s program requires a minimum investment of $200,000 in real estate. It also only requires an average stay of just seven days a year in the country. Portugal allows individuals to apply for full-time citizenship when the visa expires. Citizenship takes an additional three years. This gives you a EU passport.

The nation also offers an expedited process. This program calls for proof of 12 months of residency. However, the applicant must contribute more than $925,000 to the national development fund.

Austria provides ‘golden passports’ through investment directly. Austria  asks foreign applications to invest more than $12.3 million into a business. They can also make a $3.7 million contribution to the government development fund.

The country’s Investor 1 visa asks for about $6.5 million in investments over three years. It also requires applicants to stay in the country for 88 days over that timespan.

South America countries like Colombia also offer Golden Passports for a cheaper price. Unfortunately, Colombian passports don’t offer visa free travel to the US. However, a Colombian passport gives you visa-free access to the Schengen zone.

Colombia only requires an investment of $170,000 in real estate or a Colombian business to get a permanent residency. You can then apply for citizenship after which takes about 5 years.

Contrary to what most Americans believe, Colombia is safe for foreigners. It is also offers a more affordable and relaxing lifestyle.