Coinbase saw an epic plummet of more than 27% this week. The company issued a stark warning to customers, “Your crypto is at risk if the exchange goes bankrupt.”

Coinbase claims they have more than 98 million verified users. They also boast that they are the largest cryptocurrency exchange platform in the US

Coinbase’s CEO Brian Armstrong attempted to calm shareholders in a series of tweets.

However, Coinbase’s SEC filing refers to customers as ‘unsecured creditors’ in the event that Coinbase went belly-up.

This means that customers’ crypto assets would be considered the property of Coinbase by bankruptcy administrators.

The SEC filing requires crypto platforms to include customer’s crypto holdings as assets and liabilities on balance sheets.

Armstrong wrote on Twitter that the company is at ‘no risk of bankruptcy’ despite the filing.

The new regulation is designed to protect crypto traders. The regulation gives them more in-depth knowledge about the company’s contingency plan in the event of bankruptcy.

Coinbase posted a loss of $430 million amid a 19% drop in monthly users in the Q1 of 2022. The company has said that trading is likely to keep going down in the second quarter.

The Falling Price Of Bitcoin Is Causing Problems For Coinbase

Another contributing factor has been the falling price of bitcoin.

Coinbase’s shares have lost around 85% of their value since its debut on Wall Street in April 2021.

In January 2022, Brian Armstrong bought a five acre estate in Bel Air at a cost of $133 million.

Coinbase Holds $256 Billion Of Your Money 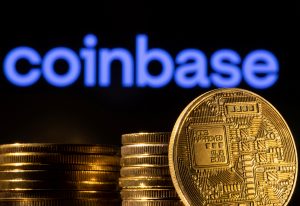 Coinbase’s earnings report states that they hold $256 billion in crypto and fiat money on behalf of their customers.

When a user opens a Coinbase account and buys cryptocurrency, the company holds that crypto on the application’s wallet. This ‘means the individual is giving away at least part of their control over their own funds,’ according to Fortune Magazine.

Coinbase announced in a statement that they had suspended the accounts of 25,000 Russian Coinbase wallets. This was due to the Russian invasion of Ukraine.

The statement accused those account holders of ‘engaging in illicit activity.

Crypto exchanges do not have a federal protection through the FDIC. The FDIC protects customers of traditional banks in the US.

The money that customers deposit at traditional banks is protected to the tune of $250,000.

There is the option of personal cryptocurrency insurance for traders.

Armstrong issued an apology to shareholders Twitter. He apologized for not being more open about the company’s new SEC filing.

You Can Also Read More Banking And Mortgage Industry Stories At MFI-Miami.