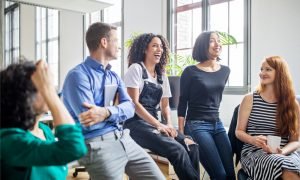 The strategy is actually an investor being a live-in landlord. The idea is to purchase a home as a primary residence. Then rent out rooms or units to tenants. Their payments defray the owner’s monthly costs by a little — or a lot.

Ironically, most real estate influencers don’t house-hack themselves. They see themselves as popularizers of personal-finance advice.

However, young progressives have painted landlords and capitalism as exploitative criticize the concept as form of exploitation.

It’s almost impossible to figure out how many American homeowners are house hackers. In 2018, 10 million individual tax filers reported owning rental properties. However, these 10 million people only represented 6.7% of all filers. They also owned 1.7 properties apiece.

It turns out, HUD data shows these are a significant portion of all the rentals in the US. Rentals in one- to four-unit properties make up half of the country’s 48.2 million rental housing units. HUD data also shows nearly 73% of these small rental properties are owned by individual investors.

They say its a simpler to build a real estate empire without laying out too much money.

House Hackers Have Their Detractors On Social Media

Dozens of social media content creators focused on real-estate regularly post about the concept in the past six months.

Social media real estate influencers have followings that range from a few thousand to over 3 million. They also dole out advice on everything from credit cards to investing in the stock market.

​Surveys show 91% of Gen Z investors and 75% of millennials investors turn to social media for information on investing.

Ironically, most content creators say they aren’t house hackers. They say spreading real-estate advice is central to building their brand. More followers can also bring in opportunities for brand deals. This can turn a social-media side hustle into a lucrative full-time career.

Criticism of landlords and frustrations with the housing system have grown in recent years. Rent prices have spiked at historic rates and reaching a national average of $1,300 for one-bedroom home. Anti-landlord sentiment also worsened after the pandemic eviction moratoriums were lifted.

You Can Also Read More Real Estate Stories At MFI-Miami.