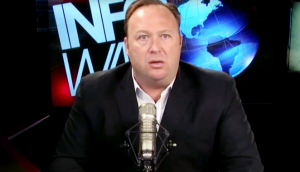 Alex Jones’ Infowars and two other companies owned by Jones have filed for Chapter 11 bankruptcy protection. Jones filed the bankruptcy petition in the US Bankruptcy Court for the Southern District of Texas.

Chapter 11 bankruptcy procedures put a hold on pending civil litigation. It allows a business to keep running as it prepares a turnaround plan.

Relatives of some of the 20 children and six educators killed in the 2012 Newtown massacre sued Jones for defamation.

Jones’ followers subjected families to harassment and death threats. A Connecticut court found Jones liable for damages. The court has also scheduled a trial in August to set how much he should pay the families.

A Texas court also found Jones liable for damages in similar defamation lawsuits by victims’ relatives. As a result, a Texas court has scheduled that trial to start later this month.

The conspiracy theorist radio host has since said he believes the shooting did occur under oath.

Sanctions against Russia have also it Jones in the wallet. InfoWars and Prison Planet routinely promotes Russian propaganda and misinformation. The websites also promote

As a result, lawsuits and sanctions have hit Jones’ so hard it has driven him into bankruptcy.