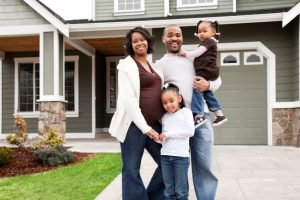 Walmart and Lenders One Cooperative announced last week that they have struck a deal. The megastore chain will lease retail space in stores to Lenders One to sell mortgage products and services.

Lenders One will be selling purchase, refinance and home equity products at its Walmart locations.

Lenders One Cooperative has a network of more than 240 independent mortgage bankers, banks, credit unions and correspondent lenders. This partnership  of suppliers offers a plethora of mortgage products and services. The platform is managed by a subsidiary of Altisource Portfolio Solutions. Altisource is a service provider and marketplace for the real estate and mortgage industries.

The cooperative members cover the entire lending spectrum, originating between $50 million and $25 billion per year.

The company states that the Walmart deal is part of a plan to improve its members’ profitability by streamlining the loan process.

The cooperative also launched a full credit reporting agency (CRA), which will offer its members a full tri-merge credit report, fraud reports, undisclosed debt notifications, verification of employment and assets, and other services.

Another initiative is a cloud-based technology called Lenders One Loan Automation (LOLA), launched to automate the loan manufacturing process. Members can order and receive cooperative solutions without human intervention.