Truth Social Has Flaccid Launch. Trump’s Heavily Promoted Twitter Knock Off Appears To Be A Failure 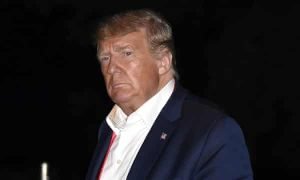 Donald Trump’s Twitter knock off, Truth Social, is failing miserably and that’s not good news for him. Donald Trump was hoping to use it as a microphone like he did with Twitter as he weighs another run for the White House,

The twice-impeached former president has made a point of embarking on new business opportunities since leaving office. He is hoping to replace his depleting wealth and resuscitate his personal brand. Unfortunately for Trump, Truth Social is currently looking less like a success and more like an embarrassing flop.

Even for a soft launch, Truth Social’s launch has been particularly soft. Truth Social’s botched rollout was borderline embarrassing. The app placed prospective users on a wait list.

Trump has been grumbling about the app behind the scenes. Sources have heard Trump on the phone swearing gratuitously about Truth Social.

The former president is repeatedly unhappy about the negative press surrounding Truth Social. He has also complained about the less-than-stellar optics of the rollout. He also demanded to know why more people aren’t using it and why the app isn’t swiftly dominating the competition.

Trump had a 40-year reputation for berating underlings for failures that were mostly his own fault.

He tends to quickly lose interest in novel business ideas, partnerships, and money-making gimmicks. This causes them to blow up in his face. 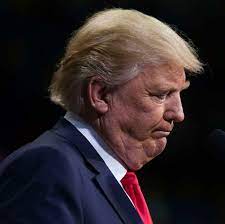 The company’s preliminary figures for Truth Social are anemic. Trump’s own social media platform is doing worse than other MAGA social sites like Gab. Gab is owned a pro-Trump businessman and the website is especially beloved by Nazi.

SimilarWeb’s estimates show a sharp spike of around 2 million daily visits to the site when it first debuted. However, the novelty wore off and traffic fell to an average of approximately 300,000 visits each day. Meanwhile, the far-right Gab has averaged around 650,000 daily average visits in the same time period.

As of Friday, Truth Social was the 72nd most popular free app in Apple’s AppStore. This is a far cry from Facebook (5th) and his formerly beloved Twitter (22), Twitter and Facebook booted the ex-president after his January 6, 2021 attempted coup d’etat.

Truth Social’s waitlist is the main reason for the relatively light traffic to the site. MAGA fans who want to join the platform have now racked up a million-strong backlog of users looking to join. The app is also only available on Apple devices. Thus, denying access to owners of Android phones.

However, the extreme-right Gab has managed to rack up twice the web traffic as Truth Social. Both the Apple and Google app stores have banned Gab.

The sluggishness of the waitlist could also explain why the average visitor to Trump’s site stays for just 90 seconds. MAGA supporters spend nearly nine minutes on Gab.

Trump raised a billion dollars from investors in late 2021 for Truth Social. The company had also partnered with another well-funded right-wing social media contender, Rumble.

The failure of Truth Social is not helping Trump’s other besieged businesses. Plus, Trump doesn’t even seem all that interested in using it right now.

As Axios pointed out this week, “Trump hasn’t posted a single time since the launch, despite an international crisis that has captivated the country. Instead, he’s given his comments to radio and TV hosts.”