Is The Term “True Floridian” Another Name For A Cracker? Average Florida Residents Think So. 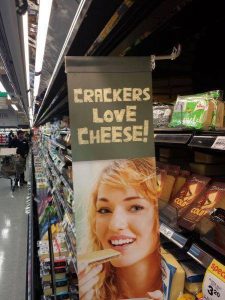 Unfortanately, I had limited space in the article, so I couldn’t go into detail about some of the whackier accusations he and his lawyer, Justin Bennett claim I made about Boylston’s “True Floridian” brand.

Bennett and Boylston’s accusations were right out of the Twilight Zone of Nuttiness. The accusations centered around my criticism of Boylston’s T-shirt business with the crackeresque name, “True Floridian.”

After all, if you ask anyone what a “True Floridian” is, it will conjure up images of some old white guy with a thick southern accent waving a Confederate flag and whistling, Dixie or Swanee River.

It turns out, I am not the only one who shares this opinion. It is also the opinion of about a dozen people I spoke wit walking down Atlantic Avenue in Delray Beach. They also laughed at Bennett’s idiotic letter.

My favorite is, “This guy sounds like a used car salesman after he got busted conning someone into buying undercoating.“

This guy’s comment is classic. Not too many people know Ryan Boylston used to be a used car salesman in Pompano Beach.

We all know what dealing with a South Florida car dealership is like. Of course, I will be writing more about Ryan Boylston’s past ambitions to live the Jerry Lundergaard lifestyle. 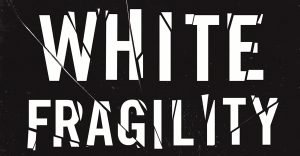 Bennett and Boylston made a lot of outlandish claims in the letter. As one can guess, the letter says more about Ryan Boylston’s frail ego and sense of white suburbanite entitlement than it does about the article.

The whackiest accusation pertains how I used “hate speech” in the article. As you can see in Bennett’s letter, he reiterates this multiple times.

However, there is one small problem with this. Ryan Boylston is a caucasian male. The Department of Justice does not consider Caucasian males a protected class. The DOJ and legal precedent only classifies Asians, people of African Descent, Hispanics and non-Christian religous groups as protected classses when dealing with discrimination and hate speech.

It shows Boylston and Bennett have absolutely no understanding of the basic legal concepts of “hate speech.”

This is also really odd considering Bennett is a real estate and title lawyer. Discrimination and and hate speech is one of the first things they teach you in real estate school.

I can hear a judge now as he’s trying to keep from laughing as he dismisses Bennett and Boylston’s case in summary judgment:

“Let me get this straight. A white guy is accusing another white guy of being racist for accusing the first white guy of using cryptic Nazi rhetoric?”

The cracker comment in the article is a criticism of the name of the company. It is not defamation nor is it “hate speech.”

According to the True Floridian’s Sunbiz filing on June 22, 2021, Cassidee Boylston has no ownership interest in True Floridian Company, LLC.

This True Floridian corporate entity doesn’t list Boylston as a registered agent and the principal address is German’s address in Orlando.

Again, Cassidee Boylston’s name does not appear in this corporate filing.

Sunbiz shows Cassidee Boylston was owner of “Tru Floridian, LLC.” However, she voluntarily dissolved that LLC on August 11, 2021.

Read More About Ryan Boylston and True Floridian Below:

Is Florida Attorney Justin Bennett An Idiot? You Be The Judge!