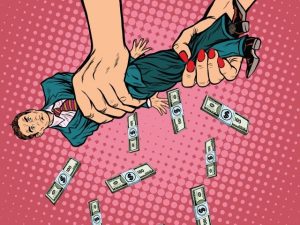 Anyone in the market to rent in South Florida will tell you rental prices have skyrocketed in the past 9 months. Prices are now rivaling Manhattan and London. Housing experts say that its only going to get worse before it gets better.

The cause of it boils down to greed. Landlords of older properties are doing superficial repairs to justify 50%-100% increases in rent. Some landlords aren’t even bothering with coming with excuses. They are just doing it.

Krystal Guerra’s Miami landlord is doing just that. Her Miami apartment has a tiny kitchen. It also has cracked tiles and warped cabinets, Additionally, it has no dishwasher and hardly any storage space.

But Guerra was fine with the apartment’s shortcomings. It was all part of being a 32-year-old graduate student in South Florida. She was happy to live there for a few more years as she finished her marketing degree.

That was until a new owner bought the property. He told her he was raising the rent from $1,550 to $1,950. Guerra said this meant her rent would account for the majority of her take-home pay from the University of Miami.

As a result, Guerra decided to move out.

Guerra is hardly alone. Rents have exploded across the country. Greedy landlords are causing renters to dig deep into their savings or downsize to subpar units.

Other cities across Florida and the Sun Belt destinations all saw spikes of more than 25% during that time period.

Rising rents are an increasing driver of high inflation that has become one of the nation’s top economic problems.

Economists worry about the impact of rent increases on inflation. Massive rental increases feed into the U.S. consumer price index.

Inflation jumped 7.5% in January from a year earlier, the biggest increase in four decades. Many economists expect that to decrease as pandemic-disrupted supply chains unravel. However,  rising rents could keep inflation high through the end of the year. This is because housing costs make up one-third of the consumer price index.

Things have gotten so bad in Boston, which has nearly overtaken San Francisco as the nation’s second-most expensive rental market, that one resident went viral for jokingly putting an igloo on the market for $2,700 a month. “Heat/ hot water not included,” Jonathan Berk tweeted.

Experts say many factors are responsible for astronomical rents. They say a nationwide housing shortage and extremely low rental vacancies are the resons for the increases. They also say there is unrelenting demand as young adults continue to enter the crowded market.