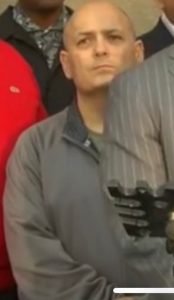 Midget bail bondsman and former mob rat Wayne Davide Collins died Wedneday from kidney disease. His family had been initially keeping word of his death private. This lead to speculation that Collins faked his own death in some type of insurance fraud scheme.

However, the Boston Globe confirmed his death with two of his Miami lawyers. The lawyers are representing him in one of several lawsuits filed against him. MFI-Miami CEO Steve Dibert has also named Collins as a defendant in a libel lawsuit.

One Providence police officer announced the news on Facebook this way, using the 5-foot-tall man’s nickname: “The midget is dead.”

Collins had been suffering from kidney disease for several years.

Collins was a convicted felon and an informant. He used his influence with law enforcement to get his bail bondsman’s license. He then spent years evading lawsuits from people who said he cheated them.

Dozens of former clients have sued Collins for fraud repeatedly since he mysteriously obtained a Florida bail bonds license in 1999.

Collins also currently has almost a half dozen lawsuits pending against him.

It turns out that the Rhode Island rat was more than a rat and a thief. He is also a pathological liar. MFI-Miami has obtained his 1999 bail bonds license application and it appears Collins committed perjury.

The application clearly shows Collins lied about his criminal past to get the license.

Lawyer James S. Benjamin Issues A Cut And Pasted Subpoena With A Diarrhea Of Fonts On Behalf Of Wayne David Collins!

Did Scott Israel Have An Intense Bromance With Wayne David Collins?

Will Bail Bondsman Wayne David Collins Rat You Out?