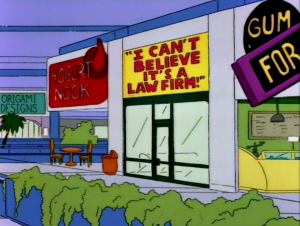 Several weeks ago, I wrote an article about Delray Beach Commissioner Ryan Boylston. The article got passed around Delray Beach and was the talk of the town.

The reaction was shock and dismay. To put it simply, Boylston wasn’t too happy with the article. He retained Florida Attorney Justin Bennett to send me an over the top nastygram.

Bennett’s nastygram was so asinine that he makes Lionel Hutz from The Simpsons look like credible lawyer.

Bennett’s nastygram was filled with fake moral outrage and a diarrhea of ludicrously exaggerated accusations. He also demanded that I take the article down.

All I can say is Bennett didn’t do Boylston any favors. The letter makes his client look a spineless snowflake having a temper tantrum. Bennett also makes himself look like a clueless boob. Hopefully, Boylston didn’t pay him to write the letter.

Bennett made all kind of wild accusations in his letter that you can read below. He also made threats that would create serious legal problems for himself, Boylston and the City of Delray Beach.

In my response that you can also read below, I told Bennett to basically put up or shut the fuck up. I also stated that it would be a losing proposition for him and Boylston to fight me. The lawsuit would get nasty and would ruin any chances of Boylston getting elected Mayor of Delray Beach in 2024. It could also put Bennett in the crosshairs of the Florida Bar.

Bennett and Boylson can whine, complain, pound his chest and threaten all they want. However, at the end of the day, they would lose.

Ryan Boylston is a public figure and elected official. Therefore, he has a very steep hill to climb to prevail in this type of case. Bennett’s asinine letter shows the two of them have no experience in these types of cases. 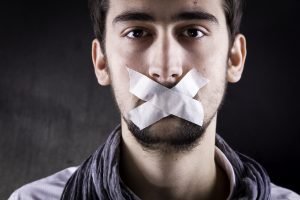 SLAPP stands for “Strategic Lawsuit Against Public Participation.” As I stated above they are illegal in Florida under Florida Statute 768.295.

They are illegal for the very reason to prevent these two knuckleheads from doing what they are threatening to do. Bennett should know this and he should know he could have problems if he does.

The plaintiff in a typical SLAPP suit does not normally expect to win the lawsuit. The plaintiff just wants to bury the defendant in legal fees in order to intimidate them to be quiet. This is exactly what Boylston is threatening to do.

I would more than likely prevail in such a lawsuit brought by Boylston. Consequently, Boylston, Bennett and possibly the City of Delray Beach would then be paying me damages. 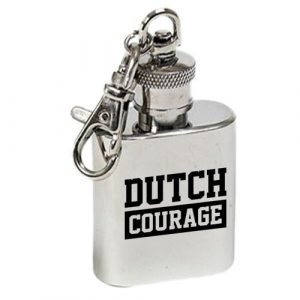 I received the two-page diatribe from Bennett via email at 9pm on  a Tuesday night.

Plus, he sent it to every address he could find for me on Sunbiz or various other websites. He also mailed it to corporate entities that are no longer active.

When a lawyer sends me threatening and anger filled emails and letters to random and outdated addresses, it usually means they took one too many swigs of Dutch Courage at dinner or they aren’t right in the head.

I’m no mental health expert but it appears Justin Bennett wasn’t right in the head when he wrote the nonsensical letter. Was he drunk or hopped up on drugs? I have no idea. Read the letter below and decide for yourself

Hopefully, the anger and moral outrage expressed in letter was fake. If not, Justin Bennett may need to take advantage of the Florida Bar’s mental health or substance abuse programs.

It is also painfully obvious Bennett didn’t read the article before he wrote his 2-page diatribe.

So, Who Is Justin Bennett?

After doing some basic research, I discovered Bennett is a real estate lawyer who operates his “boutique” law practice and title company out of a UPS store. The UPS Store is located next to a Publix in a strip mall at Powerline and West Palmetto Park in Boca Raton.

This is more laughable than Jimmy McGill operating his law practice out of a utility room at a Vietnamese nail salon in the TV show, “Better Call Saul.”

I also did a quick perusal of the court websites in Miami-Dade, Broward, Palm Beach, and the federal court website.

It appears Bennett has little or no experience as a trial lawyer. As a result, his asinine threatening letter reflects just that.