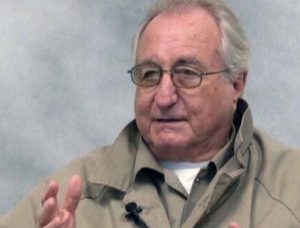 Bernie Madoff’s sister and her husband were found dead in Palm Beach County, Florida. The family says they were victims of her notorious fraudster brother. Bernie Madoff scammed them out of nearly $3 million.

Sondra Wiener was 87 years-old and her husband Marvin was 90 years-old.

She lost millions in this whole thing.

My family’s a victim. More so than anybody else. It’s very painful.

As a result, the couple then downsized to a home in a Valencia Lakes community. Palm Beach County Sheriff’s Deputies recovered their remains from the home.

Neighbors described Madoff’s sister as an avid swimmer and said the couple kept a low profile.

Let me start off by stating that as many of you have heard, we had a tragic situation on Barca Boulevard regarding the passing of Sondra and Marvin Wiener. Our thoughts and condolences go out to their family. There is currently an investigation pending. All I can say is at this time there is no security or safety threat to anyone in the community.

However, the PBSO say the family had invoked Marsy’s Law for the male for Marvin Weiner. Marsy’s Law provides protections for crime victims.

The couple’s deaths also comes a little less than a year after Madoff died in prison in April.

Madoff was a fixture on Wall Street before his fall in 2008. The FBI arrested Madoff who later pleaded guilty to operating the decades-long Ponzi scheme. The scheme swindled thousands out of their life savings.

Madoff started his scheme in the early 70s. The FBI arrested Madoff in December 2008. They found the financier had already defrauded roughly 37,000 people in 136 countries out of $65 billion.

Madoff died in federal lockup in North Carolina in April. He was serving a 150-year prison sentence.

The Weiners’ deaths are also the latest in a series of tragedies surrounding the Madoff family.

Madoff’s son Mark hanged himself inside his New York City apartment in 2010, at the age of 46.