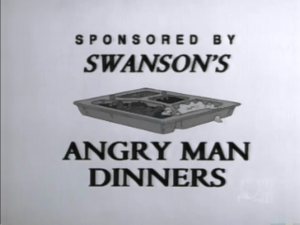 Merrill Lynch executive James Iannazzo was caught on camera making a complete jackass out of himself over the weekend. A smoothie store employee recorded Iannazzo verbally abusing the teenage employees with sexist profanity and racial slurs. The video also shows him assaulting another employee.

Fairfield Police arrested Iannazzo later that day. Iannazzo is a Managing Director of Wealth Management Advisor at the Bank of America subsidiary.

Iannazzo’s social media profiles which have been deleted say he has been working in wealth management at Merrill Lynch since 1995.

Police said they received numerous calls around 2:30 pm from employees of Robeks. Employees reported that an irate customer was throwing things and yelling at employees. They also said the man identified later as Iannazzo refused to leave.

Police said Iannazzo had made a purchase at the store an hour earlier.

Iannazzo then returned to the store and confronted employees. He demanded to know who had made the smoothie. The smoothie had contained peanuts and triggered his child’s allergic reaction.

Employees could not respond and Iannazzo became increasingly angry. Iannazzo began hurling verbal expletives and racial slurs. He then threw a drink at an employee that hit her right shoulder. Iannazzo also made comments toward an employee referencing their immigration status.

Employees told Iannazzo to leave multiple times. However, he remained inside and continued to yell profanity laced insults.

Police say and the video confirms he then attempting to break down a locked door to access the “Employees Only” area.

Iannazzo left the store before police arrived. However, one of the employees video recorded the incident. She later uploaded it to TikTok. The video went viral and internet sleuths and police were soon able to identify Iannazzo.

Iannazzo turned himself in without incident. He later told police he was upset because his son had a severe allergic reaction to the peanuts in the smoothie.

Employees told police that Iannazzo had not told them about the peanut allergy.

He is not a racist individual and deeply regrets his statements and actions during a moment of extreme emotional stress.

It’s unknown if Iannazzo’s behavior is an indication of any domestic violence toward his wife and children. However, he clearly has anger management issues.

Trump Loving Racist Refuses To Sell His Home To Foreigners