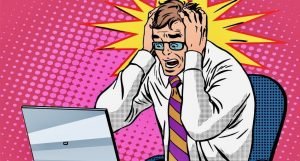 The recent rapid appreciation of home values has boosted homeowners struggling with underwater mortgages. However, the housing boom fueled by low rates and the pandemic have resulted in skyrocketing tax increases.

Knock’s analysis focused on the impact of home price appreciation and unemployment rates. The study also focused on debt-to-income ratios and income inequality. Knock also reviewed the length of the foreclosure process on real estate-owned transactions. The study found that those already struggling to meet their mortgage payments are at risk of facing foreclosure.

These combined factors have driven up REO foreclosures in states like Virginia, Georgia, and New York throughout 2021.

The study found that in 2021, these three states had the largest increases in foreclosures. These states also had the highest appreciation of property values that averaged between 18-21%. Consequently, property taxes increased 9%,14%, and 21% on average.

During this same period, the states that have historically topped the foreclosure rankings saw their home values return to their pre- 2008 financial crisis peaks. This is after only beginning to grow in line with the national average in 2019. From 2019 to 2021, home prices appreciated on average year-over-year by 22% in Connecticut and 20% in New Jersey. Delaware and New Mexico both saw a 19% increase ib values. Hereas, Mississippi only saw a 14% increase in values.