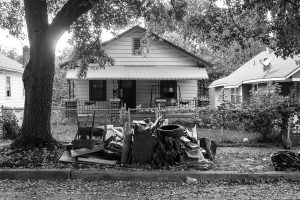 Heads up, New Yorkers! NYS Courts are ramping up New York City evictions. Most of these people are often foreign-born people in low-income neighborhoods.

As a result, tenants are coming home to find the locks on the doors changed or their personal belongings discarded.

In extreme cases, they have also experienced harassment or assault as landlords try to force them to vacate.

Housing advocates have also said there has also been an increase in unlawful evictions during the pandemic.

One tenant named Solis has a civil case pending in the state Supreme Court against his landlord. Solis alleges they harassed and threatened him and his wife, and claims they assaulted him. He stated the landlord changed the locks while he and his wife were gone after reported the assault to the police.

Solis also represents a large part of the tenant population in these types of cases. These people make up low income immigrants living in low-income neighborhoods. Many times English is not their first language.

NYPD Tell Tenants Who Are Victims Of Illegal New York City Evictions, “Call A Lawyer Not Us!”

The NYPD tells evicted tenants to call a lawyer not the police. They tell the tenants that it’s civil matter and to fight it out in housing court.

The NYPD’s patrol guide says uniformed officers should take one of three actions for unlawful eviction. First, officers should prepare a summons and serve it. The guide also tells officers to be prepared to possibly make an arrest. Officers also should also refer evicted tenants who can’t secure temporary housing to the city’s Department of Homeless Services.

A large wave of tenants also sought help with eviction cases after the federal moratorium ended over the summer.

The group now has 35 such advocates across the country helping more than 30,000 renters in New York City. Nearly 20% of them are unlawful eviction cases.

Bruce Marks of NACA told the media that they are seeing tenants get locked out of their homes by corporate landlords.

Is NACA The Russian Romance Tour Operator Of Foreclosure Rescue?