Dash Home Loans Division President Paul Carini told Business Insider more homeowners are lying on mortgage applications. He said he received a call from one of his loan officers recently. She had serious concerns about a borrower. The borrower lived in Ohio but was applying for a loan on a home in North Carolina.

The loan officer had been on the phone with someone who purported to be a human-resources executive. The HR executive had verified that the borrower could work from home as they claimed in their application.

The loan oficer notced that the voice sounded weirdly familiar. In fact, it sounded a lot like the borrower herself.

So Carini’s employee did a quick search online. The number the borrower gave her for the HR representative didn’t match the one on the company’s website.

The loan officer called the number she found on the website. Person who ansered the phone had a different voice from the voice on the original call. The real HR representative denied that the borrower had switched to a remote-work environment.

As a result, it became clear the borrower had forged the confirmation letter. Dash also learned the borrower forged pay stubs and bank statements.

The borrower wanted Dash to believe her job was in North Carolina when in fact it was not.

Carini said Dash called the borrower out. Carini said borrower confessed immediately. She broke down crying and told us she just really wanted to get to North Carolina.

Apparently, the father of the woman’s child was getting out of jail in Ohio. As a result, she needed to get out of the state. The team denied her a loan because they were unsure if she was being truthful about that. 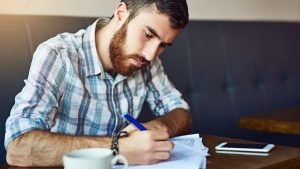 Borrowers supplying false information to a lender is considered mortgage fraud. More and more borrowers are also committing occupancy fraud thanks to Covid-19.

In other words, lying about where live or where they intend to live when buying a second home. Borrowers do it in order to secure better financial terms and to potentially save money on taxes. Lenders have acces to new underwriting software that catch borrowers lying. Alert loan officers are also catching borrowers lying on applications before the loan can get funded.

GM of mortgage analytics for First American Data & Analytics Paul W. Harris told Business Insider occupancy fraud has been climing. He stated that 13% of loan applications reviewed in Q2 2021 contained occupancy fraud. This is up from 10% in Q1 2021 and 9% in Q4 2020.

But COVID-19 has increased the plausibility of people working full time from their vacation properties in another state.

More homeowners are committing occupancy fraud to save money. They also like having bragging rights to their friends. Lenders charge higher interest rates on non-occupied homes compared to occupied homes. They also require a higher down payments for non-occupied properties.

Studies conducted in 2018 examined samples of loans between 2013 and 2017. They found that investment properties had higher rates of reported fraud than primary ones.

Occupancy fraud is a federal crime and technically falls under the auspices of the FBI.

However, lenders only send the most egregious cases are sent to the Financial Crimes Enforcement Network.