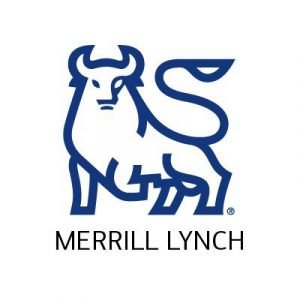 Merrill Lynch has fired top Wealth Manager James Iannazzo. Police arrested Iannazzo Saturday after he threatened and went on a racist rant against a group of young employees at a local smoothie shop.

Police charged James A. Iannazzo with intimidation based on bigotry or bias and breach of peace. They also charged him with criminal trespass.

Fairfield Police say Iannazzo had initiated a violent confrontation with store employees using a number of expletives. He also threw a drink at one and made comments towards another referencing her immigration status.

Iannazzo started his career at Merrill as a client associate in 1995.

A spokesperson for the Bank of America subsidiary told the media:

Our company does not tolerate behavior of this kind. We immediately investigated and have taken action. This individual is no longer employed at our firm.

An employee recorded the interaction on a now deleted video. She then uploaded it to Tiktok. The video also received millions of views and responses. Soon internet sleuths discovered Iannazzo’s identity and his employment at Merrill Lynch. As a result, the wheels of internet justice began rolling.

You can see it below:

James Iannazzo Was One Of Top Wealth Managers At Merrill Lynch

Iannazzo was a perennial figure on industry top broker rankings. Barron’s named him one of their Top 1,200 advisors by state for five years in a row. Forbes states he managed $469 million in assets which ranked him #24 in Connecticut in 2021.

Iannazzo’s BrokerCheck report also shows one disclosure event. A customer filed a complaint in 2015 for an unauthorized trading that was denied by the firm.

The incident is also another blemish on the finance industry. The finance industry has struggled for years with it’s inability to recruit women and minority advisors. As a result, Merrill Lynch has been pushing to train and promote more diverse candidates as a commercial imperative.