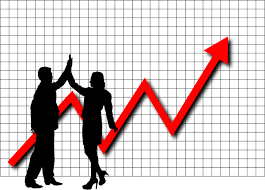 FHFA hiked fees for some high-balance and second-home loans sold to Fannie Mae and Freddie Mac.

Loans in some affordable programs will not be subject to the new fees. First-time buyers in high-cost areas with incomes below 100% ay be exempt from fees. However, only a small number of those borrowers seek second homes and high-balance loans.

FHFA Acting Director Sandra Thompson said the fee increases are to strengthen the GSE’s safety and soundness. The agency also wants to ensure access to credit for first-time homebuyers and low and moderate income borrowers.

FHFA Hiked Fees Are First In A Bigger Plan

During her tenure so far as FHFA acting director, Thompson has made affordability a top priority. In August, FHFA proposed new affordability benchmarks for the GSEs, setting goals for purchase loans in low-income and minority communities, and substantially increasing the low-income refinance goal.

Those actions have elicited praise from the affordable housing community. But some of the same groups have also argued there is still ample room for improvement. In October, a coalition of twenty affordable housing groups called on the regulator to reject the Duty to Serve plans the GSEs proposed in May for 2022 to 2024.

Some have also questioned whether FHFA’s decision to back mortgage loans of nearly $1 million aligns with the GSEs’ mission, and have asked for more clarity on the government’s role in the housing finance system.