It appears Delray Beach Commissioner Juli Casale dodged a bullet with the Palm Beach County Commission on Ethics in August.

As a result, Casale can thank two people for helping her. First, she can thank the very capable skills of high priced criminal trial attorney Scott Richardson.

Richardson did an excellent job considering Casale refused to cooperate with the investigation.

MFI-Miami has also discovered that Casale through her attorney may have made several false statements to the commission. If Casale’s statements are proven false, the COE could reopen the case. It could also place Casale in more hot water. She could also be facing possible prison time for perjury. 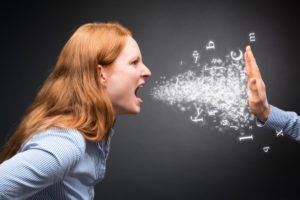 The ethics complaint stems from Casale threatening a Delray Beach mortgage broker’s business back in February.

The complaint states that at the Greater Delray Chamber of Commerce Candidates Forum at the Arts Garage on February 10, 2021, a visibly intoxicated Juli Casale verbally berated Mitchell about social media posts Mitchell had made regarding Mayor Shelly Petrolia. 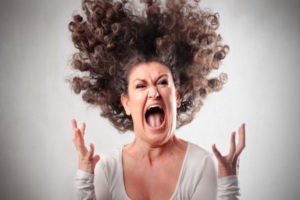 He responded by stating he can say and write whatever he wanted. As a result, Casale channeled her inner Joan Crawford and had a Mommie Dearest style meltdown in front of at least 12 people.

At that point, Casale threatened Mitchell by saying:

I can really hurt your business. We’ll tell people not to do business with you. How about that!

Mitchell perceived this as a direct threat to his business. Mitchell also wrote in his complaint:

This was an obvious threat to my business as a licensed Mortgage Loan Originator and therefore my livelihood. Commissioner Casale has threatened to use her influential position in the city to discourage potential loan customers from working with me or my firm at obvious detriment to my personal income. 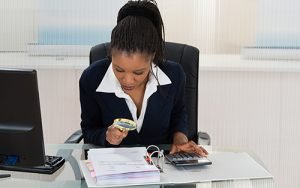 Mitchell filed his complaint with the Palm Beach County Commission on Ethics on March 16, 2021.

In his complaint, Mitchell also mentions Casale’s still unproven claims of having a degree from Harvard.

As I have written about before, Casale’s claims of being a Harvard alumni appear to be lies.

On May 17th, the COE determined there was legal sufficiency to proceed with a further investigation.

Unfortunately for the good people of Delray Beach, Richardson was able to convince the COE that the complaint was without merit. You can read the entire investigation report below.

Casale Refused To Cooperate With The Ethics Commission

“Although multiple attempts were made to interview with Respondent, she has not been interviewed for this investigation.”

Consequently, Richardson tried to refute this as only a high priced lawyer would by writing:

“Ms. Casale never refused to cooperate with this investigation. On June 4, 2021, Commissioner Casale’s mother suffered a stroke in Connecticut and was very ill.

Mr. Higgs and I spoke on June 22, 2021; I informed Investigator Higgs that Commissioner Casale’s mother had passed away and that we would revisit the issue at a more appropriate time.”

Did Commissioner Juli Casale Mislead The Ethics Commission About Her Mother’s Death?

Richardson also wrote in his response to the complaint that Casale informed him that two of Mayor Shelly Petrolia’s gal pals, Gayle Clark and former City Commission candidate Kelly Barrette were in attendence at the Arts Garage debate on February 10, 2021. Casale claimed that these two can refute Mitchell’s claims.

However, about a half dozen witnesses say Clark was not at the event. Clark has also been known to impersonate Juli Casale on several occasions during the mayoral election earlier this year.

Clark is also known in Delray Beach for her insane behavior. Namely, the time she squated down and urinated on someone’s front lawn and the many drunken brawls with her ex-husband.

So, either Casale lied to her lawyer or Richardson may have inadvertently mislead the COE based on what Casale told him.

Also, Casale’s claim that she could not cooperate with the Ethics Commission due to the death of her mother in Connecticut also appears to be untrue.

The COE didn’t press her for a copy of the death certificate.

However, MFI-Miami decided to search for it.

Casale carefully and methodically scrubbed the internet of her life prior to running for the Delray Beach Commission in 2020. As a result, it made it nearly impossible to legally find any information about Casale and her past. So, what she is hiding is anyone’s guess.

However, MFI-Miami did have one clue. This summer, a woman claiming to be Juli Casale’s sister called Chris Mitchell. Mitchell alleges the woman made a cryptic Deep Throat style comment about Juli Casale:

“There is more going on than you know.”

The woman then disconnected the call. However, thanks to modern technology, we were able to confirm the phone number the woman called from. The number did belong to Casale’s sister Amy Seaburg.

As a result, we were also able to track down the whereabouts of their mother, Mrs. Simmons. It appears she may not dead.

Also, Read These Other Stories About Commissioner Juli Casale And Her Crazy Friends:

Does Shelly Petrolia Recruit Campaign Staff From Parole Board Hearings?