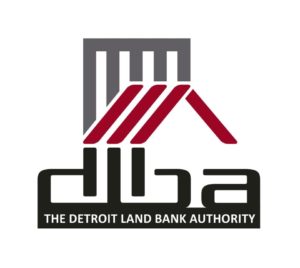 MFI-Miami has uncovered another Detroit Land Bank property is being used for drug and sex trafficking in Detroit’s eastside. A parade of crack addicts and junkies can be seen parading in and out of the abandoned house at 13953 Charest on any given night. The parade of white people from Detroit’s eastern suburbs in this dilapidated all black neighborhood doesn’t make the spot hard to miss.

The abandoned house is also filled with drug addicted young female addicts willing to prostitute themselves to feed their habit.

I have written about for years how Detroit Land Bank Authority owned properties have become overrun by drug dealers and low level pimps.

Yet, year after year, the Detroit Land Bank Authority turns a blind eye to this pandemic by failing to secure or maintain their properties.

The Detroit Land Bank inventory consists of dilapidated abandoned homes that have been vacant for decades.

The Land Bank then demolishes the house or sells the property to real estate investors.

These properties are supposed to be secured and maintained by the Detroit Land Bank. However, that very rarely happens.

As a result, these properties have become havens for drug and sex trafficking throughout metro-Detroit.

The drug operation at 13953 Charest is run by a 21-year-old high school drop out with no drivers license named Jajuan Hanief Marls.

Marls uses the street name “Rich Buddah” to run his operation. Several of the female addicts that have had sex with him for free drugs or were pimped out by him to pay their debt tell us he has “Buddah” tattooed on his fat belly.

He may be young but he’s does have an impressive operation. On any given night hordes of crackheads and junkies from Detroit’s eastside and eastern suburbs parade through the front door.

Marls sells everything from Boys (Heroin), Girls (Crack), Blues (Oxycodone) and everything in between out of 13953 Charest.

All this foot traffic has put Marls on radar of the Detroit Police.

Several weeks ago, Marls managed evade capture during a Detroit Police raid. He allegedly hid in the waist deep sewage flooded basement of 13953 Charest waiting for the police to leave.

He was back in operation within hours.

Marls also like to play street pimp with woman who can’t pay for their drugs. Although, he’s not very good at it according to some of the women he’s pimped out.

Marls will take them to a short stay motel like the Woodward Inn or the La Renaissance Motel. At the motel, he’ll trade them sex for drugs. In some cases, he’ll even pull a Bill Cosby. He’ll pump the woman full of  Xanax or Heroin and then rape them.

Some women have even stated Marls pimps them out to his buddies after getting them high. The women later get gang raped by a group of 3-6 men.

According to one woman, Marls shot a bullet at her through her motel room door at the Suez Motel.

Allegedly, Marls was upset because she and the guy he lined her up to have sex with wouldn’t let him join in on the fun.

Check Out This Other Article About Detroit Land Bank Properties: