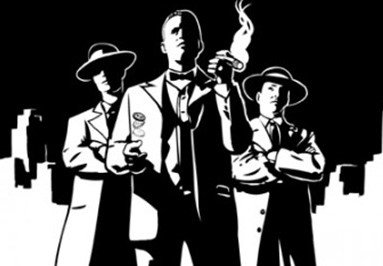 I initially thought stories about the Shelly Petrolia Goon Squad and Petrolia’s half ass mob boss tactics were exaggerations.

Everyone had a story about being threatened by Shelly Petrolia or her goons.

Business owners told me that she and her goons threatened them with smear campaigns like a couple of low level mobsters if they didn’t give her campaign donations.

Commercial property owners claim Petrolia even threatened to turn the public against their projects if they didn’t cough up some campaign dough for her.

Petrolia and her goon squad also have a history of threatening local business owners for supporting her opponents. Business owners say the treats from the Petrolia have become more blunt and direct this year.

Petrolia also made it no secret that she wanted the Delray Beach tax assessor to raise taxes on 22 businesses who support her political rivals.

Petrolia’s door knocking antics get even more bizarre. As soon as the person comes to the door to see what all the ruckus is about, Petrolia instantly becomes blinded with rage with her face turning red with veins popping out of her forehead. She begins re-enacting Joan Crawford in Mommie Dearest.

She then starts scolding them for having her opponents sign in their front lawn.

One man told us Petrolia instantly became irate after seeing a Tracy Caruso sign in their front lawn.

Petrolia began throwing a temper tantrum and stomping her feet like a four year old on his front porch. She then began flailing her arms like one of those inflatable tube men you see in a store’s parking lot.  The resident told us that he had to duck and contort his body several times to avoid getting smacked in the face. 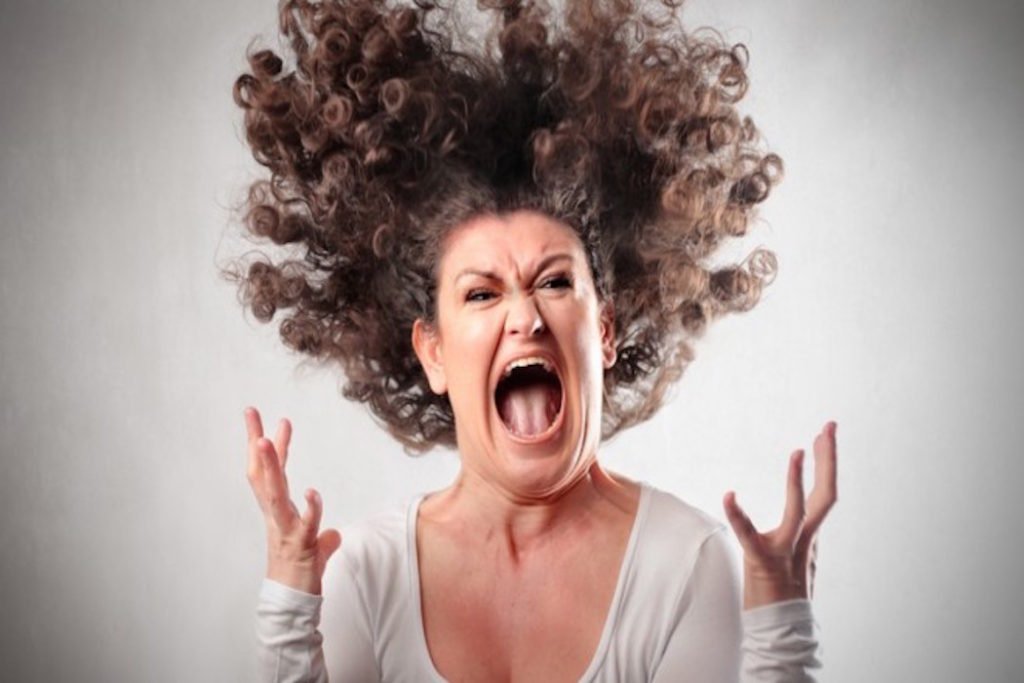 It’s no secret that many of the people in the Shelly Petrolia Psycho Squad are not only batshit crazy but they have had run-ins with the law. As the Delray Beach mayoral election draws closer, the Petrolia campaign manages to attract even more batshit crazy people to it.

The Psycho Squad is usually content playing keyboard warriors on Facebook or show up at Candidate forums to heckle Petrolia’s opponents.

The Psycho Squad is tame compared to her Goon Squad. The Shelly Petrolia Goon Squad is primarily made up of hardened criminals. These ex-cons have actually done hard time in some of Florida’s most notorious maximum security prisons.

One of them, Vince Boone served 9 years in Florida State Prison for attempted murder. It’s the Goon Squad Petrolia rallies when she needs serious muscle to silence her critics.

When I say silence her critics, I mean go to the person’s house and remind them the resident they know what time their kids get off the school bus or threatened them with bodily harm.

Several weeks ago, Delray Beach Mayor Shelly Petrolia posted a video of a black woman named Latoya Boone. Boone claimed to be a “community leader” in Delray Beach. Boone made outlandish and totally fabricated stories about Petrolia’s opponent in the video.

The only problem was no one knew who Latoya Boone was. Black activists in Delray didn’t even know she was.

The ones who did, didn’t know much about her. As a result, I posted something on Facebook asking who she was. She appeared she was the latest in a string of token black friends Petrolia recruited to show she wasn’t a racist.

Next thing I know, Tony “The Gavone” Petrolia (Shelly Petrolia’s idiot and emasculated husband) is posting a Facebook meme accusing me of bullying Boone. So I post his meme on another private page on Facebook basically laughing at what an idiot he is.

Latoya Boone who’s real name is Edna Latoya Colson-Boone sees the post and starts ranting and raving on Facebook about how everyone is a liar and racist because they won’t support Shelly Petrolia’s re-election.

Naturally, because of Colson-Boone’s mental instability, the conversation turned into a heated conversation. Colson-Boone starts demanding my home address so her above mentioned husband Vince could come to my house to “straighten” me out. Yes, this is the same Vince Boone who served hard time for attempted murder in the 1990s.

One of Shelly Petrolia Goon’s Calls Me

The Facebook fight with Colson-Boone finally died down in the early afternoon of Super Bowl Sunday. That evening, I settle down and watch Kansas City and Tampa battle it out in the Super Bowl.

15 minutes into the game, I receive a call from a Delray Beach number. I had no idea who it was so I let it go to voice mail. During a commercial, I check my voice mail and it’s Vince Boone.

He must have been drinking or just having delusions of being Truck Turner because he was trying to act like a tough guy.

He tells me to, “look him up!” before I call him back.

The next morning I looked him up and find his prison mugshot and his criminal history.

I discovered he served 8 years in a Florida Prison for attempted murder and aggravated battery.

He also had a slew of prior felonies.

Not even 10 minutes after discovering Vince Boone’s unsavory past, Colson Boone starts up with her crazy Facebook shenanigans again. So I began posting Vince Boone’s prison inmate information.

Naturally, this set Colson-Boone off again and she went to screeching to husband. I received two back to back voice mails from Vince Boone ranting and raving like his psychotic wife. He demanded I call him back or “there would be trouble.”

Being from Detroit, I laughed off the voice mails and sent the voice mails to a few people in Delray Beach. Naturally, they freaked out because the threat was far worse than I thought.

Also, Check Out Other Stories About Shelly Wacky And Insane Friends:

Does Shelly Petrolia Recruit Campaign Staff From Parole Board Hearings?