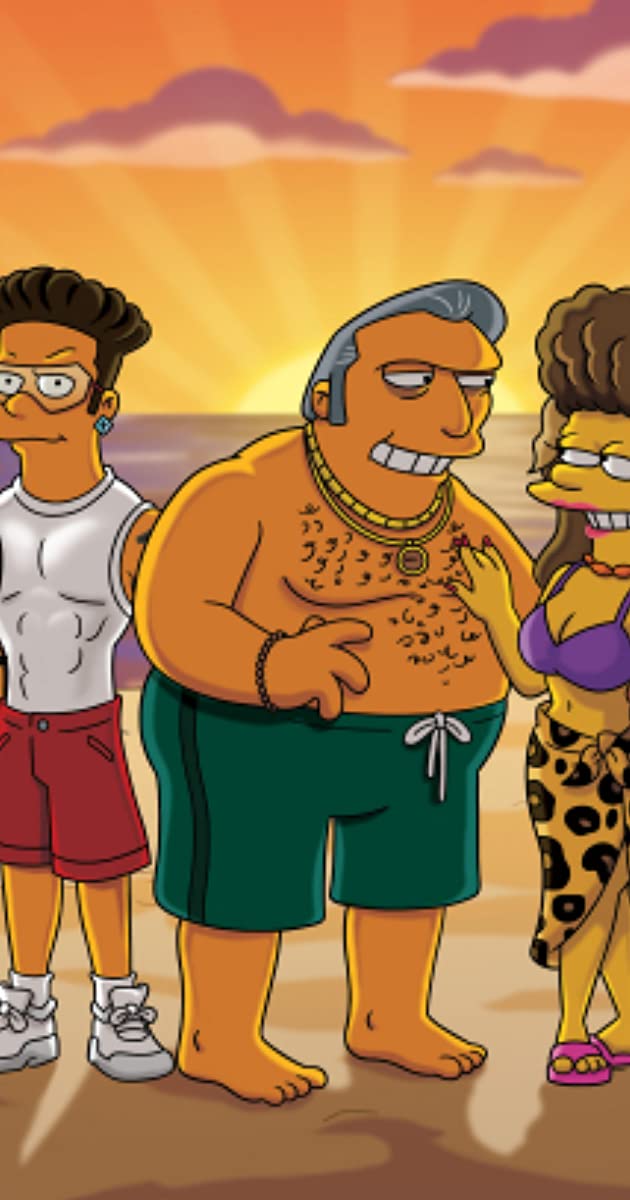 The Delray Beach mayoral race has turned into an episode of the TV show, Dynasty. In this ugly prime time soap opera, Shelly Petrolia’s worst enemy has emerged and it’s not Tracy Caruso.

As it turns out, it is her husband Tony “The Gavone” Petrolia that may sink his wife’s political career with his diarrhea of the mouth. Namely, Tony calling Tracy Caruso a “whore” and “piece of shit.”

Contrary to popular belief, Shelly Petrolia’s downfall won’t be due to Tony’s closet full of Tommy Bahama shirts. You know the ones he wears as he struts down Atlantic Avenue like he’s Right Said Fred singing, “I’m too sexy for my shirt!”

Did you see that poly-knit polka dotted outfit Shelly Petrolia wore at the League of Women Voters debate? Someone seriously needs to call the Fashion Police!

Shelly Petrolia dresses like she raided crazy Uncle Eddie’s closet from the Vacation movies. The only thing she’s not wearing are his polyester wide collar leisure suits.

Fashion and dressing for success are definitely something Shelly and Tony could learn a thing or two from Mike and Tracy Caruso.

But I digress. This article isn’t about Shelly and Tony Petrolia’s god awful fashion choices but rather Tony’s boorish and catty online behavior. Namely, Tony calling Tracy Caruso a “whore” and “piece of shit.”

Shelly Petrolia’s Worst Enemy Is Tony And His Inability To STFU!

Shelly Petrolia’s downfall will be due to Tony Petrolia’s name calling and catty comments to residents in person and on social media.

Tony Petrolia acts like the insanely catty ladies from Dynasty all rolled into one person. He makes daily catty comments and slings outrageous bullshit about anyone who dislikes his wife. In addition, he calls people who don’t support his wife everything from, “assholes” to “losers” and that’s on a good day.

That’s not all, Tony Petrolia has also refers to his wife’s opponent in the Delray Beach mayoral race, Tracy Caruso, as a “POS” which is an acronym for “Piece of Shit.”

Tony Petrolia has also referred to Caruso as a “whore” on numerous occasions on social media.

Unfortunately for Shelly Petrolia, putting a muzzle on her husband or blocking him from Facebook with less than two weeks to go until election day would be pointless at this point. Besides, the damage is already done and 30% of Delray Beach has already voted.

Also, Check Out This Article About Shelly Petrolia’s Worst Enemy Trying To Intimidate A Police Officer: