As chair of the Florida Democratic Party, Rizzo lost ground to the GOP in voter registrations and in GOTV. As a result, she handed the state to Donald Trump and also cost Democrats five seats in the state legislature.  On top of it, she also lost a key Democratic Florida House seat in 2018 to a Republican by 34 votes. When she ran James Bonfiglio again in 2020 in a rematch against Mike Caruso, Mike Caruso beat him by 13 points in a district with a 60% Democratic base.

Now Rizzo is leading the charge for the Palm Beach Democratic Party Executive Committee to endorse union bashing racist Shelly Petrolia for mayor of Delray Beach over Caruso’s wife Tracy. The endorsement vote by the Executive Committee is scheduled for Thursday, February 4th.

Black Democrats in Delray Beach are angry with the Democratic Club of Delray endorsing Petrolia and have been lobbying the County Party to stay out of the Mayor’s race because of Petrolia’s history of racism.

This begs to question the sanity of Terrie Rizzo and the Democrats in Palm Beach County. They want to endorse a DINO who has a history of racism and union bashing because they have a grudge against Mike Caruso. Do they suffer from some type of mental impairment or they just lost in their white suburbanite elitist world of self-delusion?

The Palm Beach County Democratic Party’s Executive Committee Board is made up of 5 Caucasians (including Rizzo), 1 Latino, 2 Black females. So, it’s apparent they are out of touch with the Democratic boots that are on the ground in Delray Beach.

Has The Palm Beach County Democratic Party Reviewed Petrolia’s Credentials As a Democrat? Apparently, Not!

Unfortunately, Petrolia’s credentials as a torchbearer for the ideals of the Democratic Party are almost nonexistent and if there any, they are laughable at best.

Petrolia’s actions as an elected official also show she’s a calculating political opportunist who is union-bashing racist. She is also has a history of manipulating Democrats for support.

Petrolia switched her party affiliation from Republican to Democrat in 2017 as she was planning her 2018 campaign for Mayor of Delray Beach the following year.

She believed the registered Democratic party voters who make up roughly 60% of the voter base in Delray Beach would vote for her and they did.

However, this year like in 2018, the Palm Beach Democratic Party hasn’t reviewed her credentials very well.

Petrolia is also a walking insult to the memory of my grandfather. He took a baseball bat to the back of his head by one of Henry Ford’s union-busting thugs.

Petrolia is also an insult to civil rights leaders like Harvey Milk, Cesar Chavez, Walter Reuther, Dr. King, and so many others had fought for.

If you run as a Democrat, there are two absolute ideals you must embrace.

If Petrolia was a true Democrat, she would know these.

Mayor Petrolia’s history of being absent at major events in African-American and Afro-Caribbean communities around Delray Beach since becoming mayor has become problematic.

It also doesn’t help that Petrolia has a history of harassing and bullying black city officials and employees.

Former City Manager George Gretsas claimed in October that to keep his job, he had to carry out Petrolia’s “Hit List”.

Gretsas gave black civic leaders in Delray Beach a troubling peek at Petrolia’s corruption and bigotry toward black people. Petrolia especially despises black people in leadership positions. She made it clear she wanted them out.

Petrolia also went after two other people on her “Hit List.” She falsely accused former Director of the Neighborhood & Community Services Department Michael Coleman and his assistant Jameel Stewart of defrauding the city. Both of whom are of African descent. 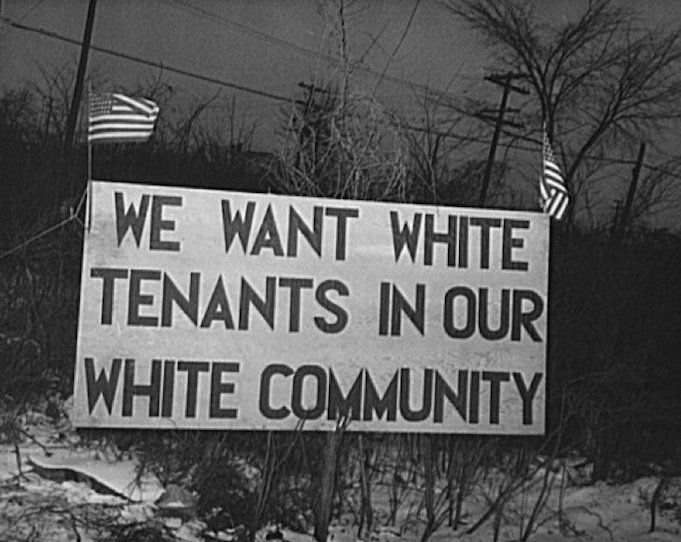 Race relations in Delray Beach are also the lowest they have been in 30 years thanks to Shelly Petrolia.

She (Petrolia) has intimidated and bullied the staff to a point where people are scared. People have to do what Shelly wants them to do and if they don’t there are consequences.

Petrolia has proven she’s anti-union and anti-collective bargaining. She also makes no secret about it. Petrolia is also a walking insult to the memory of my grandfather. He took a baseball bat to the back of his head by one of Henry Ford’s union-busting thugs.

A Democratic Party endorsement to Petrolia is an insult to any progressive who fought for working people to earn a livable wage.

Petrolia came out and said so at the SET Alliance candidates forum earlier this month when she basically told the local representative from the SEIU (who was a co-sponsor of the forum) to basically go fuck himself.

She also showed she looks down on blue-collar workers and has no time to deal with their concerns.

Petrolia said this about getting endorsements from the local unions representing the city employees at the forum:

I don’t ask for them. I don’t need them. They are hooks. They hook into you and they pull you in. I don’t want endorsements because they come with strings attached.

As a Democratic candidate, you don’t bash labor unions. Her fan base and the Democrats like Delray Beach Democratic Club Chair Michael Cantwell claim that the comment was not aimed at unions. Cantwell claimed Petrolia just doesn’t accept endorsements. Yet, three days later, Petrolia was boasting about her endorsement from the National Organization for Women, Palm Beach County Human Rights Council and from Cantwell’s club.

The rule is simple. You must use a union printer for all your campaign literature and signs. The union “bug” as it’s called must be visible. She can’t say she can’t find a union printer in Palm Beach County. There are nearly half a dozen to choose from within a 20-minute drive from Petrolia’s house.

In addition, Commission Candidate Mitch Katz who is also up for an endorsement by the Palm Beach County Democratic Party. Katz also does not have a union bug on his signs.

Yet, Katz’s opponent and incumbent Commissioner Ryan Boylston has a union bug on his signs and he’s an NPA.

The Palm Beach County Democrats Need To Read These Articles: