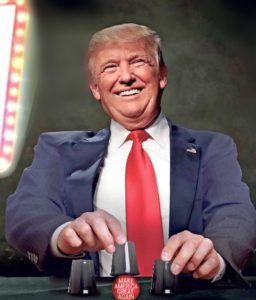 Shout it from the rooftops, DONALD TRUMP BUSTED YET AGAIN FOR PULLING ANOTHER CON!

This time on his own contributors and devotees.

As everyone knows President Trump is trying to cling to the White House with wild and yet unproven accusations of mass voter fraud. He claims he needs the help of supporters to keep Joe Biden from stealing the election. So like a televangelist preaching the prosperity gospel, Trump is soliciting money from his devoted flock.

So, how are the two connected? Simple. it’s another Trump scam. Let me explain.

Saturday, I received an email from the Trump campaign asking for money to challenge election results. How I got on his mailing list, I don’t know. However, the Trump campaign’s lunacy is always great for a laugh.

Campaigns soliciting money for something like this is not uncommon. Especially, for candidates in close elections. This is because campaigns usually have to bear the costs of recounts and court challenges. 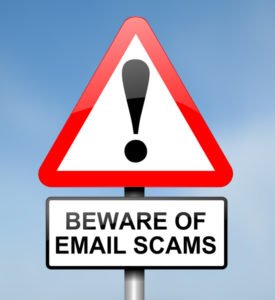 Right out of the gate, the email proclaims, “We must PROTECT the Election!”

It then announces the “official election defense fund.”

However, if read the fine print on the solicitations tells a different story. The disclaimer states that 60% of any contribution will be used to retire general election campaign debt and 40% going to the Republican National Committee.

It’s not just solicitation emails begging for money for the fund. According to the Wall Street Journal, Donald Trump Jr. sent out a barrage of text messages to people stating, “My father’s calling on YOU to help bolster our critical Election Defense Fund.”

When you click on Don Jr.’s link and the link in the email, it takes you to the campaign’s donation page.

Yet, they all lead to the same donation page on Trump’s “Make America Great Again” committee with the same disclaimer.