President-Elect Joe Biden Proposing An Up To $15,000 Tax Credit For 1st Time Home Buyers To Purchase A House 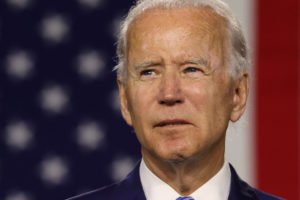 Former Vice President Joe Biden has proposed a $15,000 tax credit to help first-time homebuyers purchase a property. However, the details remain to be fleshed out and it has to be approved by Congress next year.

Help families buy their first homes and build wealth by creating a new refundable, advanceable tax credit of up to $15,000. Biden’s new First Down Payment Tax Credit will help families offset the costs of home buying and help millions of families lay down roots for the first time.

The Biden proposal specifies the credit is “up to” $15,000. The previous programs gave a credit equal to 10% of the purchase price of the home. They also capped the credit at a maximum of $7,500 or $8,000 depending on the dollar amount.

The Biden plan would also contain use some similar language. However, Biden’s plan would create a tax credit that could be used at the time of purchase.

This could help jumpstart this, and put them on much more stable ground as new homeowners if they don’t have to deplete all their resources.

Lawrence Yun, chief economist of the National Association of Realtors welcomed the proposal:

We don’t know all the details, but we welcome any policy from either the Biden or the Trump campaigns that show the importance of housing to the economy.