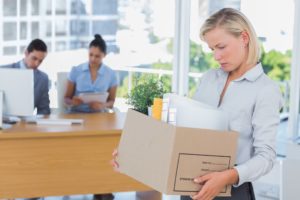 It appears President-Elect Joe Biden is sending CFPB Director Kathy Kraninger to the unemployment office on January 20th. She can thank her allegiance to her boss President Trump and his legal team at the DOJ.

This due to a Supreme Court decision passed (and fought for) by President Donald Trump’s administration. Kraninger also supported Trump’s fight.

She now faces the reality of unemployment when President-Elect Biden is sworn into office.

Richard Cordray stepped down in November 2017. Cordray promoted Leandra English he promoted English from the chief of staff to deputy director days before stepping down. This also allowed English to take over as acting director upon Cordray’s departure.

Trump’s move set off a legal battle over who was really in charge of the CFPB. US District Judge Timothy Kelly sided with Trump.

Judge Kelly ordered that control of the bureau be given to Mulvaney. English didn’t stop there. She took her case to the U.S. Court of Appeals for the District of Columbia Circuit. The DC Court of Appeals agreed to hear her case on an expedited basis.

CFPB Director Kathy Kraninger Is Out. English Is Back. 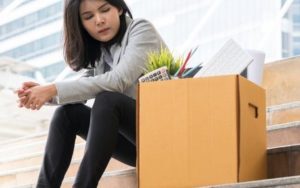 Now, that fight has come full circle as Biden sets up English as the head of his CFPB transition team. As a result, it appears Biden will appoint her as the next leader of the agency.

President-elect Joe Biden is creating other transition teams as he prepares for Inauguration Day in January.

Biden has brought in others as part of the CFPB transition team. So far he has brought in Manny Alvarez of the California Department of Financial Protection and Innovation and Bill Bynum of Hope Enterprise Corporation.

He has also named David Mayorga of the Office of the Attorney General for the District of Columbia and Josh Nassar of the UAW.