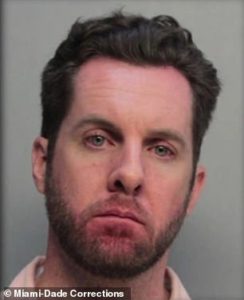 The FBI has arrested former Greenberg Traurig attorney Aaron Honaker on suspicion of being a serial bank robber. in the South Florida area.

Honaker has alleged robbed five banks in the past three weeks. The FBI believes he was on his way to rob a sixth bank in Coral Gables Tuesday night. The FBI arrested Honaker en route to the bank.

Investigators did not say which bank. A local police officer recognized him from a description of a suspect while in the downtown area.

Last week, the FBI said it was seeking information about a robbery at an HSBC Bank located in Coral Gables.

The most recent robbery connected to the suspect was on Monday at a Chase branch in Coral Gables.

Honaker is suspecting of robbing bank branches belonging to Wells Fargo and Citibank. As well as Chase and HSBC branches.

The Florida Bar website states Honaker is an attorney at Martinez Morales. However, a partner at the firm said he disappeared two years ago.

He graduated from Duke University School of Law and joined the Bar in 2008. He went on to work at Greenberg Traurig until 2011. After that, he did a stint at Bilzen Sumberg in 2012. Honaker then joined Salazar Jackson. Now named Salazar Law before joining Martinez Morales.

I am proud of the efforts and initiative of our officers and the FBI in arresting this individual before anyone else was put in jeopardy.