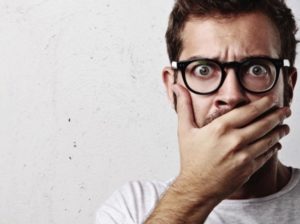 Cuomo extended the state’s moratorium on evictions until August 20th. The order temporarily prohibits landlords from initiating eviction proceedings against tenants during the pandemic. The order also bans late payments or fees for missed rent payments. The moratorium also allows renters who are facing financial hardships to use their security deposit as payment. However, the renter must repay their security deposit at a later date.

Three Westchester-based landlords sued Cuomo in an attempt to block his executive order. They allege the state’s measure violated their contracts, due process, and property rights under the U.S. Constitution.

The landlords argued that the order effectively blocks them from commencing any eviction proceedings against any residential tenant because of non-payment. The plaintiffs (pdf) also argued that while renters are afforded relief, landlords are prevented from asserting their rights to evict. In addition, Cuomo’s Executive Order requires landlords to pay their own carrying costs and other expenses.

United States District Judge Colleen McMahon rejected the landlords’ arguments. She stated that the state’s order does not remove the renter’s obligation to pay rent. However, it merely postpones the date on which landlords may commence summary proceedings against their tenants.

McMahon also said that even if the landlords have a claim, they filed it in the wrong court. McMahon also added that the Plaintiffs should have filed in state court.

New York experienced the highest number of COVID-19 cases among the 50 states during the pandemic with over 216,000 cases as of June 29.

Landlord Warning! Don’t Be A Victim Of Rental Application Fraud!