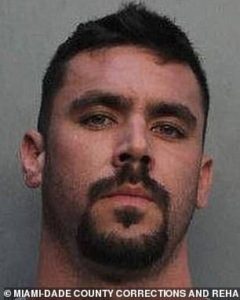 MFI-Miami has issued it’s first COVID-19 Relief Fraud Alert and this one is big! The federal government has indicted Relocation company owner David T. Hines. Prosecutors allege Hines lied to Bank of America in an attempt to pocket $13.5 million in PPP bailout loans. Bank of America approved three of the applications for $3.9 million. The bank began sending the funds to Hines on May 11th.

Hines’ four South Florida moving businesses applied for seven SBA loans totaling $13.5 million through the BofA. Hines claimed the money was to cover the costs of at least 70 employees with a monthly payroll of $4 million. However, the bank approved three of his applications, totaling $3,984,557.

The reality was that Hines’ companies showed monthly revenue and expenses averaging about $200,000. This is far less than the millions of dollars in payroll that Hines sought in the PPP applications.

Those purported employees either did not exist or earned a fraction of what Hines claimed in his PPP applications. Collectively, Hines falsely claimed his companies paid millions of dollars in payroll in the first quarter of 2020. However, State and bank records show little to no payroll expense during this period.

SBA loan scammers have exploited the PPP because banks are not checking any of the claims in their applications.

Buying A Lamborghini With PPP Money Is COVID-19 Relief Fraud 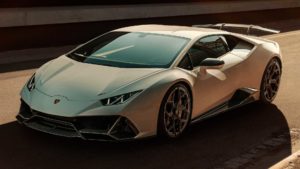 He transferred some of those funds into the savings account for Unified Relocation Solutions.

Minutes later, Hines wired $318,497 to Lamborghini Miami in North Miami Beach, on May 18. The Huracan Evo was registered jointly to Hines and his business, records show. 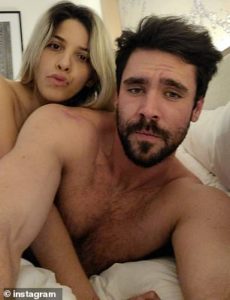 According to the criminal affidavit, Hines did not blow through all of the SBA funds. Bank of America closed accounts on June 24th after Hines didn’t make the first payment.

Needless to say, the Italian-made sports car was not on the list of permissible expenses under the SBA loan program.

The Payroll Protection Program is meant to help employers pay their employees during the coronavirus pandemic.

Federal authorities arrested Hines on Friday. Federal prosecutors also discovered Hines spent thousands of dollars picking up whores on dating websites. He then swooned them with jewelry and clothes. Hines also used the money to dazzle them in typical Miami fashion. He booked rooms at high-end hotels such as the Fontainebleau and Setai on Miami Beach. He also spent $4,000 at the Fontainebleau hotel, $47,264 at the Setai hotel and $5,998 at the Miami Beach Edition.

Hines was involved in a hit-and-run accident with his new toy in Miami on July 11th. Miami police impounded his car. The police investigation led to the fraud investigation.

Federal investigators linked the Lamborghini to Hines. Hines appeared in federal court in Miami on fraud and other charges Monday. Prosecutors now plan to seize the car.

Judge O’Sullivan is allowing Hines to stay at his mother’s home. He will also have to wear a GPS monitor. His defense attorney, Chad Piotrowski, declined to comment after Monday’s hearing. The court has scheduled Hines’ arraignment for October 14.

The federal case against Hines is not his first brush with the law.

In 2018, Hines flagged down a police officer on Miami Beach to report that his girlfriend had stolen his Lamborghini. Police later found the sports car. But Hines became uncooperative. Both he and the girlfriend fled before eventually being found and arrested for battery.

Hines received a probationary sentence for resisting an officer without violence, a misdemeanor.

The week before he was arrested, Hines was fined for refusing to wear a mask in Miami Beach. He called it ‘hilarious and disturbing’