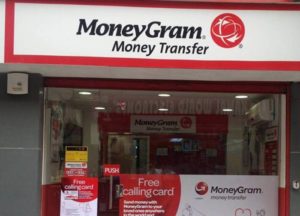 Western Union is seeking to acquire MoneyGram International in a mega-merger that would create the largest money-transfer services company.

The company has made a takeover offer for MoneyGram. However, MoneyGram has made no decision about the deal. Western Union could also opt to proceed without a deal.

Western Union sales have declined over several years as more people use online payments. Financial-technology upstarts have taken aim at the industry and offer strong new competition and cheaper pricing to established companies.

Dallas-based MoneyGram has struggled during the coronavirus pandemic. As a result of the pandemic, the company has been forced to shutter operations around the globe. Governments around the world have imposed shelter-in-place orders. As a result, no one is going to MoneyGram retail outlets. MoneyGram has attempted to boost digital transactions. However, they made up just 18% of its money transfers in the first quarter, the company reported last month.

Last year, Facebook and other companies formed the Libra Association. Libra was set up to offer new ways to send payments overseas. At the time, the association lamented that low-income consumers often pay too much for financial services.

Governments and regulators around the world have also sought to cut the cost of remittances. Money transfer companies often cater to migrants who lack access to traditional bank accounts. On average, it costs $6.79 for every $100 in remittances sent overseas, according to data compiled by the World Bank.