Lawyers Get Your Briefs In Order! New York Courts Re-Open This week For In-Person Hearings 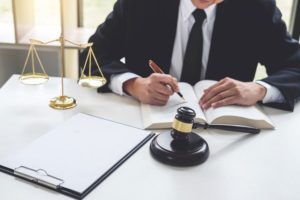 Lawyers and homeowners in foreclosure better be getting ready for battle! The New York Courts are gearing up to get back to business as usual.

County-level and city courts in upstate New York and the Hudson Valley are reopening this week. Albeit, on a limited scale.

The New York State Unified Court System says courts in the lower Hudson Valley will begin phase one reopening on Wednesday. Sullivan and Ulster counties will start opening on Thursday. New York State courts have been open for essential proceedings since late March.

Courts in 40 upstate counties resumed limited operations last week. Judges, clerks, and support staff will return. Courthouses will be equipped with COVID-19 screening systems. Plexiglass barriers, use of personal protective equipment, and hand sanitizer in place throughout the buildings.

Judges will still be holding most civil hearings virtually. However, starting Tuesday, new civil cases may be filed electronically, via the mail or in-person.

The reopening will follow a very modulated and step-by-step approach.

I do want to stress that this is not a return to business as usual. But rather a return to a new normal defined by limited courthouse traffic and procedures and safety measures designed to reduce the risk of virus transmission and ensure the health and safety of judges, court staff and all court users and visitors.

The state court system has urged towns and villages which oversee their own local courts, to reopen their courts for virtual proceedings.

The state is also working to ensure that as many candidates as safely possible will be able to take the New York State Bar Exam scheduled for September.