Mac Properties Tells Chicago Tenants Affected By COVID-19, “PAY UP OR GET THE EFF OUT!” 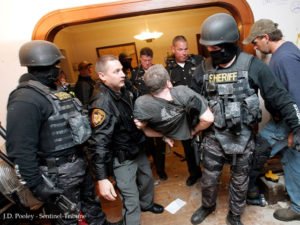 Mac Properties is using heavy-handed tactics in Chicago during the pandemic to ensure renters pay up. The company owned by Antheus Capital also got creative with doing evictions. The company decided to do themselves after the Cook County Sheriff stopped serving them on tenants.

Mac Properties is one of the few landlords still proceeding with evictions. The property management arm of Antheus Capital owns 5,000 units across Chicago.

Mac Properties is beginning to anger tenants by demanding they sign nondisclosure agreements before discussing rent-payment plans. Despite the pandemic, Mac has not granted rent forgiveness. Instead, it has outlined a policy that includes allowing residents to pursue “a path to lease termination” or to move into a cheaper unit.

Court records show the company filed two eviction claims in recent weeks in addition to the nine it sent in March. The April evictions were for tenant bad behavior and the March notices were for nonpayment.

Mac Properties is still filing eviction papers with the court even though the tenant has agreed to do so. As Mac spokesman Peter Cassel said:

Each of the tenants has agreed to move out. But we’re filing the eviction nonetheless to ensure they do.

On April 23, Gov. J.B. Pritzker signed an executive order prohibiting any new residential eviction action unless a tenant poses a “direct threat to the health and safety of other tenants, an immediate and severe risk to property” or violates a building code or health ordinance.

As a result, tenants in Mac units are threatening a citywide rent strike later this month.

Most Chicago landlords were able to collect full rents for April, including Mac. However, Mac Properties’ rent collections were down less than 5%.

Mac Properties Isn’t The Only Scumbag Realtor Out There! Read More About Scumbag Landlords: