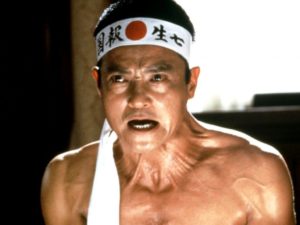 Let’s face it. Facebook marketing is a waste of time and money. Facebook has become a Frankenstein’s monster. So, is it time to commit Facebook Harakiri?

Individuals usually do it for various reasons. However, now it may be time for your business to seriously consider doing it.

I am currently considering pulling the plug on Facebook for MFI-Miami. Why? Month after month Facebook has been MFI-Miami’s worst-performing referral source for internet traffic.

MFI-Miami has over 4600 followers and over another 10,000 followers on various other Facebook pages. My personal page has over 4900 friends. Yet, thanks to Facebook algorithms, it’s hit or miss if the postings will show up on internet search engines.

The MFI-Miami website has only averaged 40-50 monthly click-throughs from Facebook in the past two years. This is a 75% drop from three years ago and that was down 75%-80% from 2015. 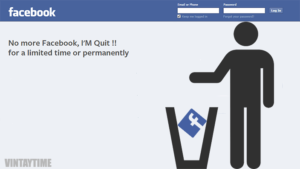 MFI-Miami articles averaged between 1500 and 2000 click-throughs from Facebook when we began marketing on the site in 2012. That steadily increased to 3000 click-throughs until 2015. Click-through rates began plummeting in 2016. This is when Zuckerberg and his engineers began monkeying around with Facebook.

Thus, I have come to the conclusion that Facebook marketing is no longer a viable option for business marketing.

There a number of reasons for this and not all of them are the fault of Facebook leadership. It has to do with how people behave on Facebook. 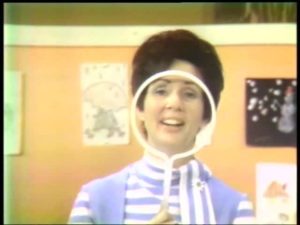 Facebook has devolved into an internet Romper Room for unemployed Generation Xers and aging Baby Boomers with nothing better to do with their time.

Zuckerberg and his team developed the site for the millennials and they came in droves in 2006 and 2007.

However, Millennials began abandoning Facebook around 2010-2011 when mom, dad, and grandma discovered the site.

Aging Generation Xers and Baby Boomers filled the void left by millennials and they are addicted to Facebook like it was crack.

They now make up 90% of the users on Facebook and they brought their wacky behavior with them. It’s the kind of narcissistic rage you only see by cranky old people in nursing homes or inmates at a Guatemalan Insane Asylum.

To top it off, baby boomers on Facebook don’t have money. Most are living off the government and are one check away from being forced to eat cat food.

I discovered one thing about Facebook after marketing on the site for the first 6 years. Americans no longer read. They look at the headline and look at the attached picture or video and begin ranting about something totally unrelated to the post. You also get flooded with spam.

You end up spending 75% of your time deleting comments and banning people.

Facebook is also not the marketing platform for businesses selling products that require people to read above a 3rd-grade reading level. 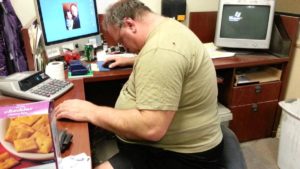 There are a lot of crazy people on Facebook and most of them are white suburbanites. I know because I have had to deal with them for a long time.

I was forced to sue one guy in New York for defamation after he posted a meme of a fake Tampa Bay Times article about me being under investigation by the FBI.

Of course, he denied ever doing it. As well as a number of other actions involving questionable posts. I did settle with the guy and now the lawsuit shows up when you google his name.

But you can look up the complaint in the federal court database. You can read about the underlying facts and circumstances (most of which involved inflammatory posts on Facebook) and decide for yourself.

This all started because he didn’t like an article I posted about United Monroe.

For six months, he went on psychotic internet rants about me and another individual who also sued him.

Facebook also allows people to write whatever they want in your review section. Even if they were never a client or a customer. Your review page can make you a target for character assassination because some drunk has a chip on his shoulder. To make matters worse Facebook makes it almost impossible to get these negative reviews removed. Facebook generally won’t remove them unless you threaten to sue them or actually sue them.

Facebook’s new review system makes the situation worse. It allows people to give you a thumbs up or a thumbs down anonymously and no way of responding to it. In other words, any psycho or group of psychos with an ax to grind can destroy your business’s reputation. 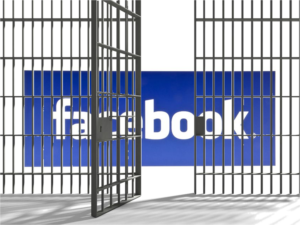 Facebook Jail is the nickname given to when Facebook blocks you from posting for violating their “community guidelines.”

These violations can be anything from calling someone fat to perceived spamming.

In addition, Facebook doesn’t tell you what rules you violated or who you reported because it’s all automated.

In other words, habeas corpus does not exist in the world of Facebook. Facebook has thrown me in Facebook jail a total of 38 of the past 48 months with no explanation or way to appeal.

Usually, it’s for criticizing white suburbanites. Yet, hate groups and white racists can post any racist comments they want. Facebook does nothing.

So any group of psychos and nut jobs can band together to create a flash mob of complaints. This was a common practice by the crazy suburbanites at United Monroe.

Facebook also threw me in Facebook jail for 30 days for allegedly spamming. Yet, all I did was post an article on 10 business pages I’m the administrator of.

There is no way to appeal to Facebook’s totalitarian and biased enforcement unless you drag them into court. This apparently worked for crazy serial lawsuit filer, Jonathan Lee Riches. 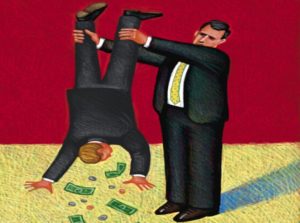 Mark Zuckerberg and his attempts to maximize Facebook revenue isn’t a new revelation. It’s been going on for nearly four or five years.

This is why so many fake news stories appeared on Facebook during the 2016 election. The GOP wasn’t the only one pocketing millions of dollars from the Russians in 2016.

Zuckerberg’s obsession with maximizing Facebook revenue has become so out of control that key executives have bolted from the company. It also negatively affects small businesses that depend on Facebook for their marketing efforts.

Facebook is constantly changing their newsfeed algorithms. These algorithms affect who sees your ads and your posts. This is why you will see your Facebook traffic plummet at least once a quarter.

This is one of the reasons MFI-Miami has over 10,000 Facebook followers but only receives 40-50 click-throughs to the MFI-Miami website.

This also creates another problem. It affects your SEO on Google and other search engines. One day, you show up on page one of Google and three weeks later you are on page nine.

For me, adapting to Facebook’s constant newsfeed algorithms became a full-time job and it began affecting my bottom line. So I have pretty much abandoned any major marketing efforts on Facebook.

I use other platforms on the internet and internet backlinking. It’s more effective and involves less maintenance.