Brett Favre On Payment Plan To Repay $1.1M in Mississippi Welfare Funds He Took For Events He Never Attended 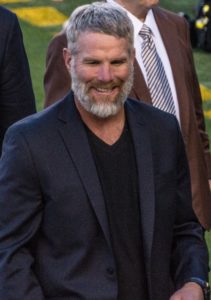 Former NFL quarterback Brett Favre is repaying $1.1 million in welfare money. Mississippi state auditor states Favre received the money for multiple events that he did not show up.

Mississippi Auditor Shad White said his office received $500,000 from Favre on Wednesday. Favre also made a commitment to repay the other $600,000 in installments over the next few months.

Favre’s effort to repay the money came after White released an audit by the Mississippi Department of Human Services. The audit showed the Mississippi Community Education Center paid Favre to attend certain functions.

The MECE had contracts with Human Services to spend money through the Temporary Assistance for Needy Families program, also known as TANF.

I want to applaud Mr. Favre for his good faith effort to make this right and make the taxpayers and TANF families whole. To date, we have seen no records indicating Mr. Favre knew that TANF was the program that served as the source of the money he was paid.

Favre faces no criminal charges. The audit report lists the payments to him as questioned costs. White said this means auditors either saw clear misspending or could not verify the money had been lawfully spent.

Favre said he didn’t know the payments he received came from welfare funds. He also noted his charity had provided millions of dollars to poor kids in his home state of Mississippi.

My agent is often approached by different products or brands for me to appear in one way or another. This request was no different, and I did numerous ads for Family First.

I have never received money for obligations I didn’t meet. To reiterate Auditors White’s statement, I was unaware that the money being dispensed was paid for out of funds not intended for that purpose.

The audit identified $94 million in questionable spending by the agency. Agency spending also included payments for sports activities with no clear connection to helping needy people.

The state indicted six people for embezzling about $4 million from the state. White has also called the scheme one of Mississippi’s largest public corruption cases in decades.

The state AG indicted John Davis. He was director of the Department of Human Services from January 2016 until July 2019.

The state also indicted MECE Director Nancy New. Davis, New, and the others have pleaded not guilty and are awaiting trial.

The auditor’s report said Davis and others participated in a widespread and pervasive conspiracy to direct grant money to certain groups.

Davis also instructed two groups that received grants, MECE and the Family Resource Center of North Mississippi to spend money with certain other people or groups.