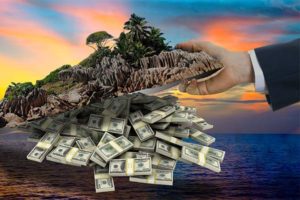 The Israeli Bank is accused of hiding more than $7.6 billion for customers in more than 5,500 secret Swiss and Israeli bank accounts.

The bank agreed to pay approximately $874.27 million to the federal government and the NYDFS.

Israel’s largest bank, Bank Hapoalim, and its Swiss subsidiary have admitted not only failing to prevent but actively assisting U.S. customers to set up secret accounts, to shelter assets and income, and to evade taxes.  The combined payment approaching $1 billion reflects the magnitude of the tax evasion by the Bank’s U.S. customers.

Today’s resolutions include agreements with the bank agreeing to accept responsibility for its conduct. Bank Hapoalim further agreed to refrain from all future criminal conduct. The bank also agreed to cooperate fully with investigations into hidden bank accounts.

What Bank Hapoalim Pleaded Guilty To:

Bank Hapoalim is Israel’s largest bank. The Israeli bank operates primarily as a retail bank with approximately 250 branches throughout Israel. The bank also has more than 2.5 million accounts.

From 2002 until at least in or about 2014, Bank Hapoalim conspired with employees, US customers, and others to:

The Israeli Bank assisted U.S. customers in concealing their ownership and control of assets and funds held at the Bank. As a result, this enabled those US customers to evade their U.S. tax obligations, by engaging in the following conduct:

The Federal Reserve is also announced that it has reached a resolution with Bank Hapoalim. The bank agreed to a cease and desist order. The bank has agreed to take certain remedial steps to ensure its compliance with US law in its ongoing operations. In addition, it has agreed to pay an additional civil monetary penalty of $37.35 million.