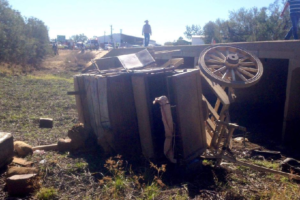 A California-based company filed a class-action lawsuit against Wells Fargo. The lawsuit cites unfair actions with businesses applying for the Paycheck Protection Program.

The Treasury Department announced the $349 billion forgivable loan program last month. The government set up the loan program for small businesses to pay employees during the ongoing COVID-19 crisis. The fund ran out of money on Friday.

The lawsuit also states Wells Fargo did this so the bank would receive millions of more dollars in processing fees by prioritizing the applications that would make the bank the most money.

Wells Fargo tried to downplay the lawsuit. The bank claims the processing fees generated from the program are being distributed to non-profits.

The plaintiff alleges that evidence of Wells Fargo’s foul play lies in data released by the SBA. The SBA reports when the Paycheck Protection Program loans were processed. The agency also indicates when the transactions occurred.

The lawsuit states that other banks processed loan applications for $150,000 and under at twice the rate of larger loans.

This would allegedly suggest that banks front-loaded applications for the largest loans.

The lawsuit comes just days after the program ran out of money on Friday. This is less than two weeks after launching.

Before running dry, the program approved more than 1.6 million applications for employers.

Also, Check Out These Articles About Wells Fargo: