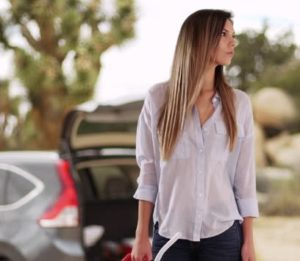 Middletown Honda caused a woman to live through a traumatic experience that no woman should have to go through.

Imagine you’re driving down the road minding your own business when several Goshen Police cars pull you over.

They exit their squad cars with guns drawn and begin screaming at you to get out of the car. The cops then force you at gunpoint to lay on the ground.

Fortunately, you’re not. You are a petite 5-foot 4-inch tall white woman. 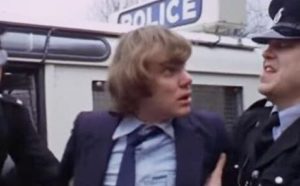 You’re upset. You’re crying hysterically. The police are pointing guns at you and screaming at you and treating you like you were Rodney King.

This whole surreal experience is causing your head to spin.

Once they have you detained in the back of an SUV and your head begins to clear, they accuse you of stealing your brand new Honda HR-V. Five other Goshen cops show up and begin interrogating you without reading you your Miranda rights. You know, “You have the right to remain silent…yadda, yadda, yadda!”

As a result, the police interrogate you. You soon discover that Middletown Honda wrote the wrong VIN number for your brand new Honda HR-V on the vehicle registration paperwork filed with the New York State DMV. 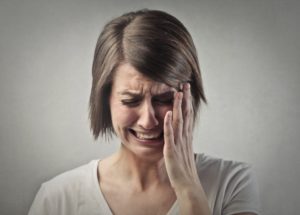 As a result, Goshen Police impound your brand new car from Middletown Honda. They also don’t have the human decency to take you to the police station where you can wait for a ride.

Nope. Instead, the responding officers leave you in an unsafe parking lot of an abandoned Pizza Hut where you could be robbed or worse sexually assaulted.

You’re now stuck with a $500 impound fee and a $300 ticket for driving an improperly registered vehicle.

Plus, you also can’t get your car back until Middletown Honda fixes your registration with the DMV. You know the $120 they charged you for them to properly file the paperwork with the DMV. 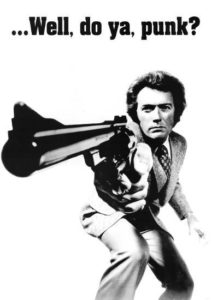 Think a situation like this can’t happen in the suburbs of New York City? Think again. A similar situation happened to Kerry Sammarone on March 3, 2020.

Sammarone was driving through Goshen minding her own business. She sees the flashing lights of a police car behind her.

Kerry Sammarone pulls off to the side of the road like you’re supposed to. Goshen Police Officer David Yates gets out of his patrol car with his gun drawn and pointed at her.

According to Mrs. Sammarone, Officer Yates became verbally belligerent by demanding that she get out of her Honda HR-V and acted like she just robbed a bank.

Yates has the car impounded. He then leaves Sammarone abandoned on the side of the road. Sammarone says she pleaded with Officer Yates for a ride to the Goshen Police station because she felt unsafe. To add insult to injury, Sammarone now faces a $300 fine for driving an improperly registered vehicle. She also had to pay a $500 impound fee.

Yates has only been with the Goshen PD since July 2019. If his behavior during this incident is any indication, he won’t be at the department much longer. Yates’s borderline sociopathic behavior may also explain why he is known as the “Cop Hopper.”

Yates has been with 5 different Hudson Valley police departments in the past 7 years.

Former colleagues say Yates is the type of cop who gets a hard-on wearing a uniform and a badge. They also say he’s the type that could get his partner killed or department sued because of his trigger happy roid-rage style attitude. 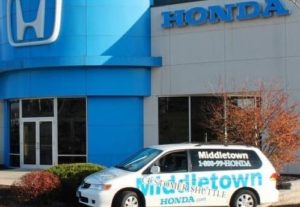 The Sammarones love the two Honda HR-Vs they bought on Thanksgiving Eve in November at Middletown Honda. However, they vowed never to do business with any Honda dealership again. Who can blame them? They are now out nearly $1000 because of Middletown Honda. As Dominick Sammarone told MFI-Miami:

“My wife and I love these cars. The quality and engineering are awesome. But, I’ll never buy another Honda. Middletown Honda has destroyed my love for Honda’s products.”

The Sammarones paid Middletown Honda $120 per vehicle to register the vehicles with the New York DMV.

The Sammarones had to spend a whole day waiting for Middletown Honda to correct the problem so they could then pay $500 to get the car out of impound. Now, they have a court date in May to fight a $300 ticket for something that wasn’t their fault.

To make matters worse, dealer manager Stu Berkley refused to reimburse the Sammarones for their out-of-pocket costs due to the dealership’s screw up. He even refused to contact Middletown Honda Owner Denise Gellis.

If this has happened to the Sammarones, it has happened to other Honda customers. If you are a victim of Middletown Honda’s screw-ups,  we would like to hear from you. Email us at steve@stephend128.sg-host.com or call us at 888.737.6344.