An MFI-Miami client named Mary received a solicitation mailing from scam modification company, Serenity Financial Serves in California. I’ve written about them before (see below).

Mary is in active foreclosure litigation with Lone Star Funds with Caliber Home Loans is servicing the loan.

The solicitation letter also contained specific information about Mary’s loan such as her loan amount and her unpaid balance. In addition, it also contained the dollar amount of Mary’s arrearage.

The letter came to MFI-Miami’s mailing address. For some reason, Caliber Home Loans mails Mary’s monthly mortgage statements and loan modification offers to us. They must think she and her boyfriend live in my mailbox.

Because of that, we know Serenity Financial Services got Mary’s information either directly or indirectly from Caliber Home Loans.

MFI-Miami did an investigation on Mary’s loan in 2015. Caliber Home Loans has been sending us her mortgage statements and loan modification offers ever since. Even after we have continually asked them to send them to her. After all, they have her address and are trying to kick her out of her house.

As I wrote above, I’ve written about Serenity Financial Services before (see the link below).

The letter also contained the HAMP logo and there was no address on the letter only toll-free number that went to Serenity Financial Services in California.

It turns out, Serenity Financial Services is a scam. Serenity is not licensed nor are they incorporated in the state of California.

They also don’t have an NMLS number. The California Department of Real Estate also requires an NMLS number if you operate a loan modification company.

I called the toll free number on the letter pretending to be Mary’s boyfriend. I speak to John Leyva. Leyva tells me he needs $5000 wire transferred to him upfront. This is illegal. Loan modification companies are banned from charging upfront fees under both California law and the Federal Trade Commission’s MARS Rule. 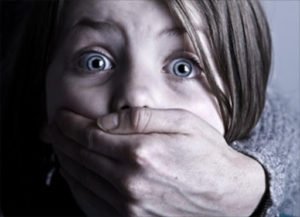 Leyva pleaded guilty to two felonies involving child pornography in May of 2000.

In July of 2001, Leyva pleaded guilty to child pornography possession and distribution.

Leyva also pleaded guilty to failing to register as a sex offender in January of 2007.

Leyva is also a peeping tom. He was convicted in 2011 for video recording a woman undressing in a Mission Viejo tanning salon.