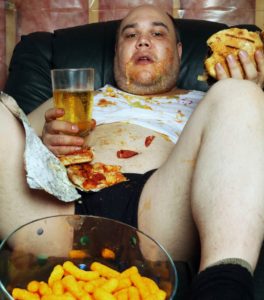 MFI-Miami has issued an Arizona attorney warning because of a voicemail peppered with profanity we received from Arizona lawyer, Joshua Turner.

Turner appears to be your typical arrogant gastropod attorney with diarrhea of the mouth.

It also appears he was also trying to impress cute female lawyers. So his threats could also be just some long-shot attempt to get laid.

According to the Arizona Bar, Turner has only had his law license since 2016 and is only licensed to practice in the Arizona state court.

In addition, it also appears he’s had a few run-ins with the law from being accused of shoplifting and disorderly conduct. In addition, he’s been accused of being a menace on the roads.

It’s pretty obvious he failed to do any research about me or MFI-Miami before he made the call.

If he had, he wouldn’t have called. Nor would he had left a threatening voice mail. This scary lunatic and unhinged gastropod claims to practice family law.

If Turner had done the research of a first-year law school student, he would have quickly learned I like getting attorneys in trouble with their respective bar associations. I’ve gotten 10 disbarred and chased another 15 out of the legal profession in the past decade.

Turner ranted on about making my life miserable in his voice mail. He also claimed he was going to have me disbarred, etc. FYI – I’m not a lawyer, thank god. So I can’t be disbarred. Being forced to deal with lunatic lawyers like Turner every day is why I never went to law school.

It seems as if Turner’s home life is probably a trainwreck. He obviously doesn’t have many friends and is probably single.

It appears he’s probably the Moe Szyslak of Arizona lawyers. Or maybe he just hasn’t let go of being the fat kid in 8th-grade gym class. Who knows.

It also appears he must suck as a lawyer if he’s got plenty of time to stick his nose into a fight that has nothing to do with him.

Therefore, it’s safe to assume he’s got an extremely light client load. Why else would he be calling me at 5:15 pm Arizona time?

This obvious psycho lawyer also thought he was going to be slick by attempting to block his number. This would also indicate he knew he was pushing the boundaries of Arizona Bar ethics.

ARIZONA ATTORNEY WARNING: Get TrapCall! It Identifies Psycho Lawyers Like Joshua Turner Who Block Their Numbers

Unfortunately for Joshua Turner, I was able to identify the phone number thanks to a phone app called TrapCall.

I recommend purchasing TrapCall to everyone. It comes in handy. Especially when you receive disturbing phone calls from mentally unstable lawyers like Joshua Turner.

Trust me, if you get as many calls from deranged lunatics and mentally unstable lawyers calling you as I do, you need it. It unmasks psychopathic lawyers who want to harass you by blocking their phone number.

Turner didn’t identify himself. However, as I said, thanks to TrapCall, I was able to retrieve his phone number. He obviously thinks he is smarter than

I googled the phone number. As a result, the awesome search bots at Google took me to Turner’s law office website. Bingo! The phone numbers matched.

ARIZONA ATTORNEY WARNING: Did Attorney Joshua Turner Overindulge The Dutch Courage Or IS He Cockoo Bananas?

It also seems as if Joshua Turner may have been intoxicated and got a little overzealous with the Dutch courage. At least, I hope it was that.

I would hate to think he’s not a very smart lawyer or even worse a sociopath with a depressing personal life.

Turner’s unprofessional and unhinged screaming rant was about a fight I got in with a Tampa foreclosure mill lawyer. A fight that had nothing to do with him.

However, like other morbidly obese lawyers with self-esteem issues, he wanted to jump into a fight 1,000 miles away to play the hero to a cute blonde lawyer he didn’t even know.

This wannabe gastropod superhero called me a jackass and threatened to ruin my life, etc.

However, his voice mail makes him look like an idiot. It just shows the Bar Associations across the country will allow anyone with a pulse to become a member.

The Fight With Foreclosure Mill Lawyer Shows Most Lawyers Are Imbeciles

The internet fight between me and this Tampa lawyer was about a confidential email her boss blasted out on social media. The fight escalated into the British tabloids and on the InStyle magazine website.

This is hardly my target audience. My British and European clients laughed at the articles.

The crazy thing is, gastropod attorney Joshua Turner wasn’t the only attorney leaving me threatening messages.

Most of the emails were from lonely menopausal lawyers.

From the tone of their emails and messages, they sound like the women who lay in bed at night dreaming of marrying Fitzwilliam Darcy from Pride & Prejudice while crying and scarfing down gallons of Haagen-Daz with a gravy ladle.

All these histrionic attorneys did was make themselves look like cry-babies and weak lawyers.

The humorous part about this whole incident is the number of idiot lawyers who did no research and harassed the Florida Bar trying to have me disbarred.

Again, I’m not a lawyer. So, the Florida Bar couldn’t do anything.

Their attempt to shut down MFI-Miami or chase me out of the mortgage industry blew up in their face like a cheap cigar. All they really did was reinforce the belief that millennials are cry-babies.

Because these idiots don’t work in the foreclosure defense arena, they didn’t affect my business.

I actually picked up a dozen new clients from this ruckus with this narcissistic Tampa foreclosure mill lawyer and the histrionic rants from her friends screaming, “I’m a victim! I’m a victim!”

Matter of fact, the business that came in from the fight paid for my 3 week trip to the Greek Islands last November.

ARIZONA ATTORNEY WARNING: Most Millennial Lawyers Think They Are Disney Princesses And Expect You To Treat Them Like One

You see, lawyers’ egos inflate like a hot air balloon when they get their bar card. They start believing they are special. They begin believing that being a lawyer is like being in the Skulls & Bones Society.

Most lawyers expect to be treated like a Disney princess even the ones that operate out of their basement or with a storefront in the local mall.

However, being a licensed attorney is really not all that special. Most male and female attorneys prove you don’t need to spread your legs to be a whore.

The majority of them are grotesquely incompetent or make slimeball Jimmy McGill/Saul Goodman from Better Call Saul look ethical. I know. I have dealt with hundreds of lawyers over the past 20 years.

Foreclosure mill attorneys are also the biggest scumbags on the planet. They bully and harass homeowners in foreclosure.

Why are these scumbags allowed to practice law? Bar Associations across the US have lowered their standards that it’s now easier to become a licensed lawyer than it is a Detroit cop.

The Public Thinks Lawyers Are Worse Than Used Car Salesmen

The reality is people despise lawyers. The public also categorizes lawyers in the same group as used car salesmen and politicians.

These moronic attorneys also don’t seem to get that my clients also hire me because I’m not afraid to piss off arrogant lawyers and bankers!

My clients can see through the fake anonymous negative reviews. They know they’re from crooked lawyers and bankers that I have busted or exposed over the past decade. My potential clients say, “We want this guy. He’s not afraid to make enemies.”