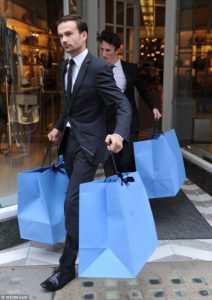 The Federal Reserve pledged on Monday to buy unlimited amounts of Treasuries and mortgage-backed bonds to stabilize the mortgage markets. The Fed hopes it will have the same effect as when it rescued the economy in 2008.

The Federal Reserve set a budget last week of $700 billion in bond purchases. However, it blew through half that amount in less than five days.

The Fed launched three rounds of bond-buying more after the 2008 financial crisis. The Fed’s aim was to save the housing market and stimulate economic growth. The first phase helped to drive mortgage rates below 5%.

The goal of the central bank isn’t to push down mortgage rates. Lower rates are the likely consequence of the Federal Reserve going on a mortgage-backed securities shopping spree.

How low could they go? A 30-year fixed rate of 2.75% is possible based on bond yield estimates. Bond Yield Estimates also act as a benchmark for mortgage investors.

The week before the COVID-19 pandemic shocked the markets. The average U.S. rate for a 30-year fixed mortgage fell to 3.29%. 3.29% is also the lowest ever recorded by Freddie Mac in a series that goes back to 1971.

Last week, the rate was 3.65%. This represents an abnormally broad spread or difference between Treasury yields and mortgage rates as nervous investors kept a buffer called a “risk premium.”

That margin is likely to narrow in the coming weeks. Based on bond yields the Federal Reserve is looking at around the 3% range plus or minus 25 basis points.