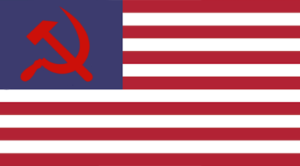 Communist Bernie Sanders is the present Democratic frontrunner for the 2020 Presidential election. However, capitalism and being an elected official seems to have paid off for the Vermont Senator.  He recently purchased a third home with his wife, Jane. Not bad for a deadbeat dad who didn’t have a real job until he was 48 years old in 1981. Sanders was elected Mayor of Burlington, Vermont in 1981.

He then got elected to Congress in 1988 and has been on the federal payroll ever since.

Sanders and his wife, Jane O’Meara Sanders also pocketed millions with Jane’s leadership of Burlington College and it’s downfall. Jane Sanders walked away with a $200,000 golden parachute when the school collapsed. The inner circle of the Sanders family also pocketed tens of thousands of dollars during her tenure as chancellor.

According to Vanity Fair:

Sanders’s wife’s tenure as the president of Burlington College will certainly raise eyebrows. During her time there, the college paid nearly $500,000 to the Vermont Woodworking School, run by her daughter, Carina Driscoll, for classes. The college also paid tens of thousands of dollars to an all-inclusive Caribbean resort run by Jonathan Leopold, the son of a family friend, for a study-abroad program. Between 2009 and 2011, when O’Meara Sanders stepped down, Burlington College paid around $68,000 to the resort. The payments to both the woodworking school and the resort stopped soon after she left.

The communist senator also made millions of dollars from his books promoting socialism. In his inaugural book, Outsider In The House, Sanders cries and whines about how no one listens to him in Washington and about his inability to get anything done as a Congressman.

Former NYC Mayor Michael Bloomberg pointed out last week that Bernie Sanders has quite the real estate portfolio for being a socialist. Bloomberg said on nationwide TV:

“The best known socialist in the country happens to be a millionaire with three houses. What did I miss?”

Sanders, who has taken the lead in the recent national polls in the race, has an estimated net worth of $2.5 million. 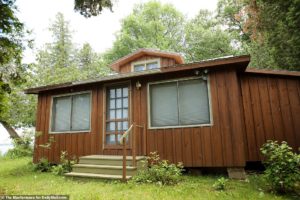 Communist Bernie Sanders’ latest real estate acquisition is a $575,000 home that Bernie and Jane paid cash for during his 2016 presidential bid. The dacha as his communist pals call it, sits alongside a lake in the Champlain Islands, in tiny North Hero, Vermont.

The Sanderses paid cash for the house through something he and Jane call the “Islands Trust.” 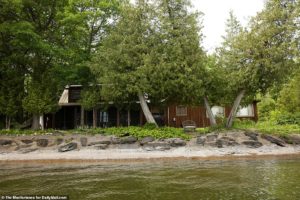 The property is threatening to become an issue that could haunt him in his second bid for the presidency.

They scooped up the property soon after Burlington College collapsed.

Bernie and Jane bought the lake house in cash two months after the college closed its doors for good, records show. It is listed in town records as being owned by ‘Islands Trust,’ with an address at the couple’s home in Burlington.

The couple said they paid for the four-bedroom home with the proceeds from the sale of her late parents’ Long Lake home in Bridgton, Maine.

But records discovered by VTDigger showed she had to split the money with two brothers and received only $150,000 for that house. 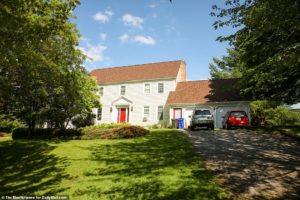 This is Sanders’ main home in Vermont. It has four bedrooms and is now worth around $464,000.

The home’s value is also 50% higher than the median listing price of other homes in the area. The property is the Sanders’ primary residence, though it is sometimes used as an income-producing property.

Ironically, if you look at the cars in the driveway neither car is an American built car. 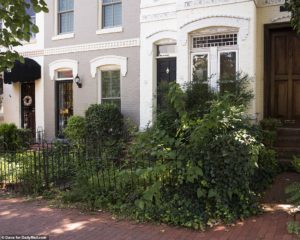 Bernie Sanders’ third home is a functional and strategic Washington DC home. The 1890 rowhouse cost Sanders $489,000, and it is located only three blocks from the U.S. Capitol.

Sanders’ property in Washington DC is his most expensive residence. The property is worth around $700,000.

Ironically, pictures of the property indicate the house is an eyesore.

The building is in desperate need of a paint job and the windows need some serious repairs.

The neighborhood association has filed numerous complaints with the city.

Communist Bernie Sanders made $400,000 from his book royalties in 2018 according to his congressional financial records.