Florida Governor Ron DeSantis removed Broward County Sheriff Scott Israel within days of becoming governor. The public conscience was that it was for Israel’s poor handling of school security. Israel’s critics alleged that his inept management resulted in the mass shooting at Marjory Stoneman Douglas High School 11 months prior to his removal.

Collins even bragged to GoLocalPro in Rhode Island:

Collins also claimed he and Israel jointly coached their kids’ football and baseball teams. Collins’ companies also gave thousands to the Common Sense Coalition. The PAC took in $160,000 on Israel’s behalf from two of Scott Rothstein’s partners. Coincidently, Rothstein and his partners represented Collins and several of his businesses.

Collins also helped raise another $13,700 for Israel from others in South Florida’s lucrative bail bond industry. The scumbag bail bondsman even kicked $500 himself. 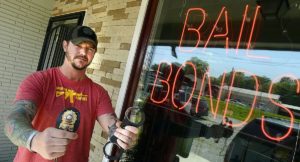 The bail bonds industry has an interest in who gets elected sheriff in a local county. They don’t have much interest in a sheriff or police department making high-level corruption or white-collar crime arrests. Why? Rich people usually don’t have a problem posting bail by themselves.

Thus, the bond industry thrives on sheriffs arresting lower-income people for drug and petty offenses. Why? Because they need cash that they don’t have and are willing to pay 10% of the bond to get out of jail.

What is a bail bondsman? They are guys with deep pockets who post bail for people accused of crimes in exchange for a fee. Interestingly enough, we are the country that has such a system. In other countries, bail bonds operations are illegal. European countries look at agreeing to pay a defendant’s bond in exchange for money is a crime akin to witness tampering or bribing a juror and is considered a form of obstruction of justice.

Bail bondsmen are insurance salesmen and social workers. In addition, they are also lightly regulated law enforcement agents and real estate appraisers. They are for all intents and purposes the for-profit wing of the American justice system.

Scott Israel Was A Thug Just Like Wayne David Collins 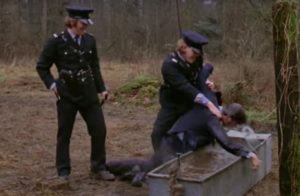 Collins’ past as part of a Whitey Bolger style operation in Rhode Island was no big secret. Especially after he hightailed to Florida in 1999. Word soon spread around South Florida that Collins arrived.

So why did Scott Israel befriend such a degenerate with a history of bribing cops and ratting people out? Wannabe Sheriff Scott Israel should have known about Collins before befriending him. The only explanation is water finds it’s level.

The incidents included 6 accusations of “excessive or unnecessary force”, shooting at a drug suspect, and using profanity.

Collins Exports His Thuggery From Rhode Island To Florida 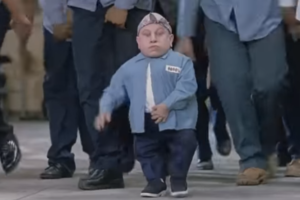 David Collins was the prize informant of the feds, the state, and, right here in this town, with the Providence Police.

Kennedy also says Collins and top cops misused the system for the own financial and professional gain respectively:

There should be guidelines. I know where Collins tried to set me up for arrest on several occasions. I was wary of him and never trusted him. The police allowed him to commit these crimes. The dichotomy there is he’s creating more crime for his own profit, from mortgage schemes to fixing cases to a phony network of police officers. I know a lot of people will dispute this, but a lot happened in those years where Collins was able to fix cases for a fee.

What Was Sheriff Scott Israel Participating In Collins Living The Thug Lifestyle?

It wasn’t long before Wayne David Collins was back to his old tricks of shaking people down as he did in Rhode Island. The big question is, why hasn’t the Florida AG gone after Collins? What was Sheriff Scott Israel’s involvement in it?

Take the 2013 lawsuit filed by Canadian Nancy Sanchez against Collins. In 2012, Sanchez’s husband Cesar Plaza was arrested in Miami. State prosecutors charged him with violating Florida narcotics laws. The court set Plaza’s bond at $250,000 or 10%. Sanchez used Collins’s company, Universal Bail Bonds to put up the bond. She gave Collins the $25,000 and return let Collins put a $250,000 lien on her home in Canada.

Plaza And Sanchez Allege Collins Claims He Can Make Future Indictments Disappear For $188,000

Bail Bondsman Collins Cranks Up The Bullshit. Did Collins Spend Money That Wasn’t His?

Sanchez confronted the Miami Bail Bondsman and told him that she knew that the bond had already been discharged.

Also, check out these articles about Wayne David Collins: