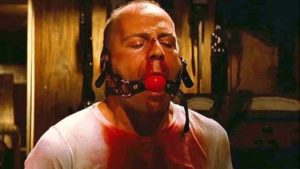 The NYS Mansion Tax is causing havoc with the luxury housing market. It’s also causing Manhattan property values to plummet. In addition, it’s also contributing to the mass exodus of people out of New York State.

What is the NYS Mansion Tax? Basically, it’s a VAT tax on any home selling for $1 million or more in New York State. Here’s how it works according to guys at Strook.com:

The mansion tax implemented by New York City last year has caused Manhattan real estate sales to plummet by 25% since 2018.

Buyers are demanding sellers to reduce the sales price to cover the cost of the Mansion Tax. The new Mansion Tax has claimed its first victim in actor Bruce Willis and his wife, Emma Heming.

Willis and Henning had initially listed the home for $12.95 million in January 2019. However, they accepted 41% below the asking price.

The high-end home has five bedrooms and five-and-a-half bathrooms. It sits on a lot of 13.56 acres.

The scenic home is also accessible to the city, as the home is located about 40 miles from Manhattan.

Willis told the Wall Street Journal last year in a statement that they had intended to sell the abode after deciding ‘to return to the West Coast and make a home there.’