Brooklyn Foreclosure Alert! NYC’s TPT Program Is Helping Investors Kick You Out Of Your Home Faster 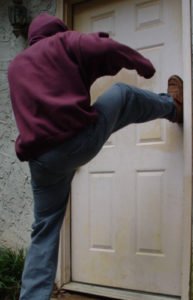 MFI-Miami has issued a Brooklyn Foreclosure Alert! Why? New York City government and May de Blasio’s office are in cahoots with developers. The city and developers are finding loopholes in the Third Party Transfer program (TPT). Thus, they are using it to kick you out of your house faster.

TPT allows the city to foreclose on “distressed” properties. As a result, hand them over to developers to fix up and rent out at affordable prices. The program began in 1996. The Department of Housing Preservation and Development under Mayor deBlasio administers TPT.

TPT sounds like a good idea on paper. City leaders have all the tools at their disposal to restore ghetto neighborhoods into vibrant neighborhoods.

Yet, the reality is much more complicated. However, TPT seems to be doing more harm than good. The city also uses any excuse imaginable to deem a property “distressed.”

In many cases, the city will use something as trivial as an unpaid water bill.

Borough President Eric Adams, as well as several groups of residents, have demanded that New York State and the Federal government conduct a full-scale audit into the program.

The concerns of Brooklyn residents also turned out to be justified. In March 2019, Brooklyn Supreme Court Justice Mark Partnow restored the property ownership to six homeowners who had their properties seized through the TPT program.

Also, Check Out These Other Brooklyn Foreclosure Alerts:

Are Brooklyn Bankruptcy Lawyers Lying To You?