There are still lingering questions about how shady Miami Bail Bondsman Wayne David Collins was able to get his license considering his criminal past in Rhode Island.

We believe we have peeled back part of the veil of this mystery.

But what is a bigger mystery is how he has been able to keep it. Especially with the plethora of lawsuits filed against him alleging he scammed or shook people down for money.

Collins’s History Of Being A Thug In Rhode Island

Collins came to Florida after fleeing his native Rhode Island in 2003. He had been involved in a series of criminal and political scandals involving the Providence Police Department during the reign of the late political boss Providence Mayor Buddy Cianci.

Collins started out as a Henry Hill wannabe. He started his criminal career as a petty thief in his blue-collar Irish neighborhood and soon graduated to armed robbery.

Collins soon elevated his criminal status by ingratiating himself with the cops who arrested him. As a result of his new “relationships,” he soon began pulling scams right under their noses.

Collins was the central figure in a 1997 police exam cheating scandal. He was accused of giving or selling the answers to the police exam to police department applicants.

He also began using his “friendships” with the police to get people off the hook for crimes including himself. After the cases were concluded, Collins would tell criminal defendants that he had “inside knowledge” that they were going to be charged again.

He would then demand money from the defendant claiming he could “make it go away”.

Collins was honing his skills as a con man and a shakedown artist. He was also honing his skills of building relationships with dirty cops and dirty politicians. Skills that would greatly benefit him with his move to Florida in the coming months.

The Secret Relationship Between Sally Burt And Wayne David Collins

It seems like she fast-tracked the former convicted felon’s license application to be a bail bondsman in Florida. She also managed to get state regulators to overlook Collins’s criminal past.

Bush later merged the Department of Insurance with the other agencies to create the Florida Department of Business and Professional Regulation (DBPR). After the re-organization of state agencies, Burt became a Regulatory Specialist at DBPR in 2007.

While at the same time, she became a principal with Peninsular Surety Company. An insurance company that offers insurance to none other than bail bondsmen.

Collins soon became an agent for Peninsular and began using them as part of his bail bonds business. He steered so much business to Peninsular that they made him a corporate officer. 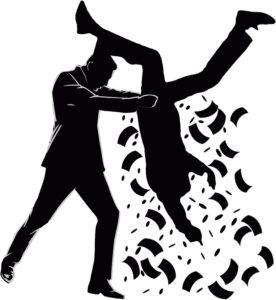 It wasn’t long before Wayne David Collins was back to his old tricks of shaking people down as he did in Rhode Island. The big question is, why hasn’t the Florida AG gone after Collins?

Take the 2013 lawsuit filed by Canadian Nancy Sanchez against Collins. In 2012, Sanchez’s husband Cesar Plaza was arrested in Miami. State prosecutors charged him with violating Florida narcotics laws. The court set Plaza’s bond at $250,000 or 10%. Sanchez used Collins’s company, Universal Bail Bonds to put up the bond. She gave Collins the $25,000 and in return let Collins put a $250,000 lien on her home in Canada.

Plaza And Sanchez Allege Collins Claimed He Can Make Future Indictments Disappear For $188,000

Bail Bondsman Collins Cranked Up The Bullshit. Did Collins Spend Money That Wasn’t His?

Sanchez confronted the Miami Bail Bondsman and told him that she knew that the bond had already
been discharged.

Plaza and Sanchez weren’t the only ones Collins tried to shake down or scam money from. The Miami-Dade Clerk’s website and the federal government’s PACER system has a plethora of lawsuits filed against Collins for doing the same exact thing.